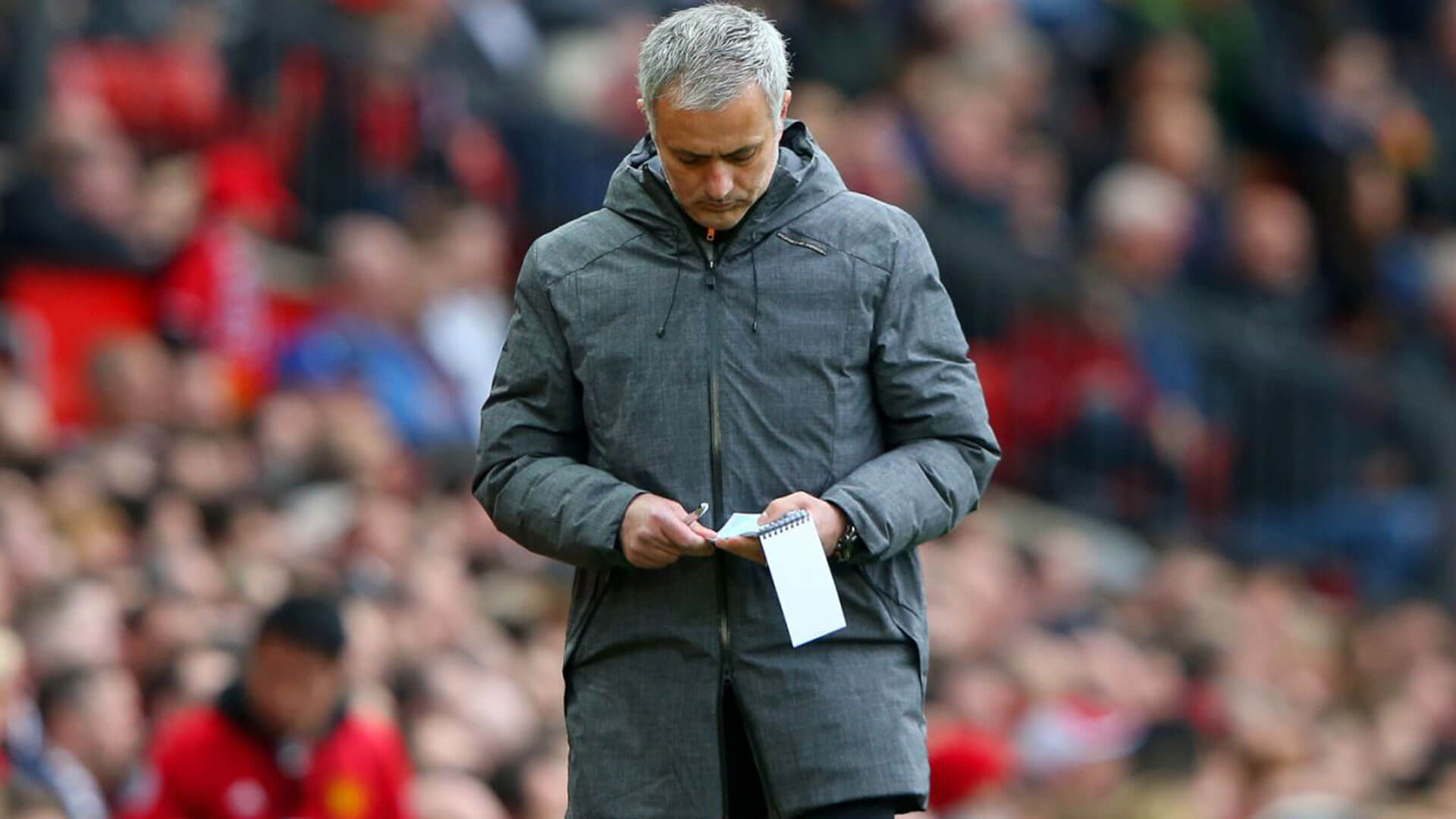 Plenty of people think the wheels have already fallen off.

A fixture between Manchester United and Liverpool is always going to garner plenty of attention and subsequent reactions to the outcome wherever the game is played, be it Old Trafford, Anfield or the ‘Big House’ in Michigan. Saturday night’s International Champions Cup game was no different, and despite Jose Mourinho’s best attempts to play it down beforehand, the 4-1 victory for the Merseysiders has sparked a lot of debate about what’s going with Manchester United.

Whilst arriving at the stadium in Ann Arbor last night, Mourinho was asked by a reporter what he expected from the game to which he, perhaps cheekily replied “It’s Liverpool’s first team versus Manchester United kids” whilst almost conceding defeat in response to an MUTV question about whether a Manchester United and Liverpool game can be a friendly. “I think it can be a friendly, especially for us. I think for them maybe not because for the past two years they couldn’t beat us, and I think they have a big chance today to do it”.

His stall was set out, his stance pretty clear. This wasn’t a game to judge the progress of this United team; the set of players at his disposal, talented enough or not, were not going to be the core of the squad come August 10th. Most of the younger ones on the tour will either return to the Under 23s, go out on loan with some likely to merely provide back up to the first team.

That doesn’t stop the overreactions happening though, not by any stretch of the imagination. Liverpool fielded a line-up with many of their first-choice starters including Mo Salah, Sadio Mane, Virgil Van Dijk and Fabinho; from the off it was clear that they were much more advanced in preparation for the Premier League kick-off in under 2 weeks. United were living dangerously from early on and, despite going in at half-time level at 1-1, they eventually ran out of steam in a 4-1 loss.

There wasn’t too much to get excited about from a United perspective other than a rather special free-kick from Andreas Pereira who impressed yet again in midfield. There was glimpses of a great understanding between Alexis Sanchez and Juan Mata with two rightly disallowed goals but the scoreline didn’t particularly flatter Jurgen Klopp’s side.

This is where the chronic overreactions truly start. No one likes to lose 4-1 to one of their staunchest rivals but the heaviness of this defeat, coupled with some soundbites from Mourinho’s post-match press conference sent the press and Twitter into a meltdown. The ‘Jose Out’-ers and fans claiming the squad is desperately poor were out in full force. We’ve touched on Mourinho’s demeanour not being the most inspiring over the past few weeks, but in this case, it feels like people are losing their heads over very little more than the actual reality of the situation. You can watch the press conference for yourself below;

Whilst the manager’s constant dour mood is a little grating, the sentiment behind what he’s saying does ring true. It’s clear that he wants time with his actual squad before we go into competitive fixtures and, quite simply, he isn’t going to get that. It was to be expected that this would be the case, but it doesn’t change the facts. His team had a decent pre-season last summer, got the majority of the signings he wanted and lo-and-behold, they started the season very strongly, keeping pace with the cross-city rivals.

There are causes for concern with his clear frustrations at the lack of extra signings but it is so far off the time to panic, it’s untrue. Many have read into his comments as criticising the younger players and throwing his squad under the bus but in truth, they know they’re only out there through necessity this summer. In terms of players he will be starting the season with, he was full of praise for their commitment. The likes of established players like Mata, Herrera, Alexis, Bailly and Darmian were all singled out for plaudits as they are playing much more than usually expected from pre-season.

Mourinho openly admitted, or pointed out, that the players in and around the squad for Saturday’s game only make up 30% of the squad for next season and to be fair he isn’t too far off with that figure. He has stated previously that he needs 23 players plus 3 goalkeepers to compete on all fronts in the season and of the players that have played any part in games on the tour, it’s arguable that we’ve only seen 12 of the ones that will make a theoretical squad of 26 throughout the entire tour with 2 of them no longer with group at all (Valencia – injury, Martial – new-born). It is likely that Axel Tuanzebe will be sent on loan, Joel Pereira is almost certainly doing so and there’s a chance Fosu-Mensah will follow if new signings do arrive. We’ve already heard that Darmian wants to leave and probably will after the tour so we’re left with the players below;

Appeared on the Tour

Missing from the Tour

With Marcos Rojo apparently having been removed from marketing campaigns by the club, it would suggest that he’s also on the way out. Mourinho claims to want 2 more players which makes sense and marries up with what he has previously said – add the 12 missing (excluding Rojo) to the 12 that have appeared and we’re 2 short. There are rumours focussing mostly around Harry Maguire, Toby Alderweireld and Willian – if Ed Woodward does manage to get 2 of those over the line, the squad is looking in great shape name-wise.

The problem Mourinho is alluding too, in a very obvious and jarring way, is that the time to have those he plans to take forward together and working is going to be very minimal. He’s clearly going to have rubbed people up the wrong way, especially after a heavy defeat, but one half-baked pre-season doesn’t paint the whole picture for this team and manager going into the season. We should be judging them all a few weeks into the season and I have a feeling we’ll all be feeling a lot more positive then. The full squad, once present doesn’t need a great deal of work – let’s just wait and see what happens prior to the Leicester City game before all start having a meltdown, eh?