Ole is in for a rough ride for the foreseeable future.

Manchester United are pressed firmly between a massive rock and a hard place. On one hand, the club desperately wants and needs a reset, a change in culture and its identity back. On the other hand, the size and nature of the beast dictates that the here-and-now is absolutely crucial. Mediocrity, like we’ve seen since the start of last season (and that’s being very kind), will never ever slip under the radar at Old Trafford. It has left the club in need of both a quick fix and a long term plan. Unfortunately, especially under the current ownership and Ed Woodward, those two ideas are very much mutually exclusive.

When you add in a fanbase that is pretty evenly split between being patient and reactionary, the chances of Ole Gunnar Solskjaer has of winning everyone over are unfathomably slim. Some will claim that they saw this post-PSG capitulation coming, that the initial spell after Solskjaer came in to replace Jose Mourinho was nothing more than a bandage on an infected wound. No one could’ve anticipated that it would take such a sharp turn but it is hard to ignore that the problems were still there underneath that temporary fix.

Now, before we get into it. This isn’t an Ole Out piece, nor is it really an Ole In piece, in fairness. The fact of the matter is we don’t know where this entire scenario is going just yet, but we do know that mistakes have already been made along the way which could, and probably will in some respects, prove costly to the club’s fortunes this season and the manager’s position ultimately.

The sad truth is that the 2-0 defeat to West Ham United didn’t come as a surprise to many fans and pundits alike. Long gone are the days when a Manchester United defeat is met with total dismay. Those reactions are reserved for Manchester City and Liverpool right now, and that in itself is extremely disheartening. Mourinho’s side suffered a similar defeat in the same abject fashion at the London Stadium around this time last year and although the toxicity levels are much lower this time around, the quality shown on the pitch isn’t any better, either.

It just so happened that the former United boss was on the Sky Sports panel for Sunday’s loss and afterwards, he claimed that Manchester United are now worse than they were a year ago when his exit was slowly approaching. Whilst there will be no revisionism here about whether Mourinho should have been retained, from an objective perspective, he is right. The proof is in the pudding as United’s start to this season is similar (slightly worse, points-wise) to last season and the playing staff situation is exasperating.

There was a tweet put out by Liam Bradford of BBC Radio Manchester during the West Ham game in which he compared Solskjaer’s task at Manchester United to having to redecorate the Sistine Chapel with no paintbrushes. With just three or four injuries, that couldn’t be more true. The fact that we’re now adding Marcus Rashford to that injury list doesn’t make life any easier, but this level of embarrassment could’ve been avoided.

I feel sorry for Solskjaer here. Trying to redecorate the Sistine chapel without any paintbrushes


Solskjaer doesn’t have the tools

Whilst Ole Gunnar Solskjaer has the right ethos in his plans for Manchester United, he simply does not have the right players yet to bring whatever vision he has into fruition. In some respects, the summer was positive with the arrival of young talents of Daniel James and Aaron Wan-Bissaka along with the long-needed, quality centre-half purchase of Harry Maguire. The problem is, key areas were totally ignored and some of the players that survived the ‘deadwood’ cull are not good enough to be starting every week but they are. Some because of injuries and some via questionable selections.

You only need to look at certain areas of the teams of our last two league opponents to know that parts of this Manchester United squad are not up to scratch, at least not in terms of starting. You cannot argue with much conviction that Solskjaer’s options for those two games are any better than what his counterparts in Manuel Pellegrini and Brendan Rodgers had to chose from. Most of that Leicester City midfield is an improvement on what we can currently field as are three or four of West Ham’s side beyond their defence.

Of course, it is a much different picture if Paul Pogba, Anthony Martial and Luke Shaw are fit but even with those players, United are significantly lacking options that can change games. Having three or four injuries should not obliterate our team and our chances of taking points in these games but they have done. There isn’t a great deal of confidence that we would even prevail with those key players involved.

United’s midfield is a big issue

It is criminal that a club of Manchester United’s stature went into the season so severely lacking in quality midfield options. Regardless of whether the defence is looking far better for the long term, and the somewhat paper thin-but-exciting forward line has the potential to do great things; if there’s nothing in-between those departments it simply isn’t going to work. When you remove Paul Pogba from the equation the deficiencies are glaringly obvious, no matter what you think about him. There simply isn’t enough there in terms of both numbers and quality. Ander Herrera, and even Marouane Fellaini, would significantly improve our options compared to the current situation, even with their respective faults. They had to be replaced.

Of course, there is the argument that Solskjaer has the youth to call upon, but is that really wise at this stage? There is no doubt that this core of young talent in Mason Greenwood, Angel Gomes, Tahith Chong and James Garner deserve their places in the first team squad ahead of some of those that have now been cast aside, but we can’t expect them to change this situation entirely. With the exception of Greenwood, who we can probably expect to contribute goals, even at his young age, these players need their gradual introductions in more positive situations, if possible. They may not be afforded that luxury at this rate.

In truth, Solskjaer isn’t helping his own cause by simply being himself. Naturally of a positive demeanor, he can often come across like he is towing the party line with some of his comments but you have to believe that deep down he can’t be happy with the half of a recruitment job done over the summer. He said himself that if Lukaku was to go, he had to be replaced. Obviously, he wasn’t and then Alexis Sanchez, whom he claimed was likely to stay, followed the Belgian out of the door.

The trouble is, Solskjaer will also be acutely aware of how Jose Mourinho’s attitude contributed the derailing of last season and so, even if it was in his nature to kick up a fuss, he’s never likely to do so publicly, especially after having to backtrack slightly on some of comments towards the end of last season. We know he has been let down and many of us expected that from the outset. Naturally, the jury is still out on whether he is capable of doing this job in the long term and the dismal run of results over the last 20 games or so are doing his case no favours at all, but we have to look at the bigger picture here and ask ourselves whether literally anyone would do any better with this current crop?

I would argue no.

No one likes to agree with the ‘proper football man’ that is Graeme Souness, but his assessment that this is the worst Manchester United squad in the Premier League era probably isn’t far off the mark. It’s not hard to come to that conclusion when the first twenty years were so heavily soaked in success, but even when you look at the squads in the three years between titles around 2003 to 2006 which get written off as the ‘Djemba-Djemba years’, they were arguably better than what Solskjaer has now.

Those squads were still built on a foundation of the Class of 92, Rio Ferdinand, Wes Brown, Cristiano Ronaldo, Wayne Rooney and Ruud Van Nistelrooy. That is a far superior core to what we are currently seeing and if they couldn’t truly compete in an era when there wasn’t a top six to speak of, how can we expect today’s squad to do so from a weaker position in against stronger opponents? We can’t, and it’s a long road back.

As was the case back in those previous barren years, the manager is clearly building with a view towards the future. Sir Alex Ferguson developed that ‘Djemba-Djemba’ squad that included young potential like Rooney and Ronaldo and was patient in seeing them grow for a couple of years whilst slowly adding the quality of Vidic, Evra, Carrick and Tevez before going on to dominate. No one is necessarily expecting that to be the case with the current youngsters and Solskjaer is clearly not of Sir Alex’s genius level, but for the second time in his Manchester United career, the great man was afforded patience.

This really is a fork in the road for Manchester United and how things pan out over the next few months will be telling as to whether there truly is a cultural reset underway at Old Trafford. The likes of Gary Neville will plead for patience as he always has with the post-SAF managers but the longer poor results go on in the short term, the more unrest will pick up momentum before the end of the year, just like last season. Solskjaer’s club legend status will not make him immune from the criticism, he’s already getting plenty.

The tough reality is that there is a storm to ride out here that could last another 18 months to 2 years and Solskjaer won’t get everything he needs from The Glazers and Ed Woodward in one window. It’s anybody’s guess as to whether he even gets another window to carry on his mission but you can rest assured that if another plan gets ripped up before its really started, the storm will last a lot longer regardless of whether Solskjaer is good enough in the long term. 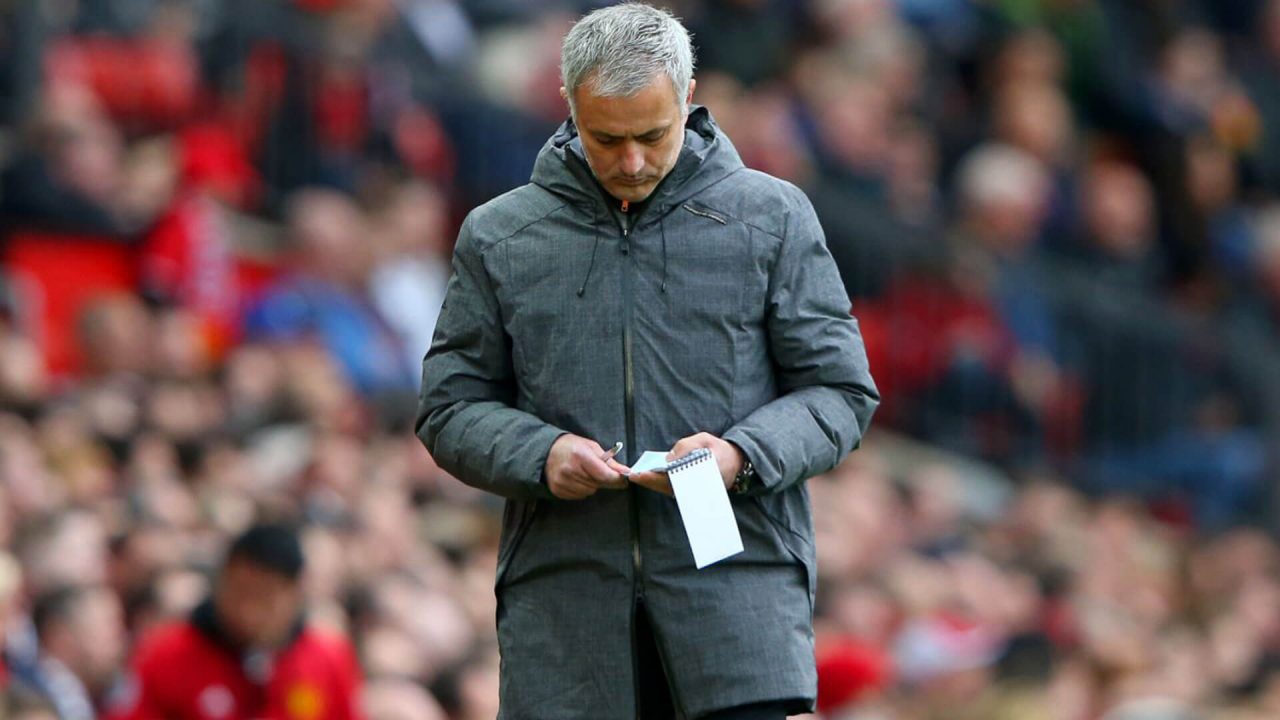