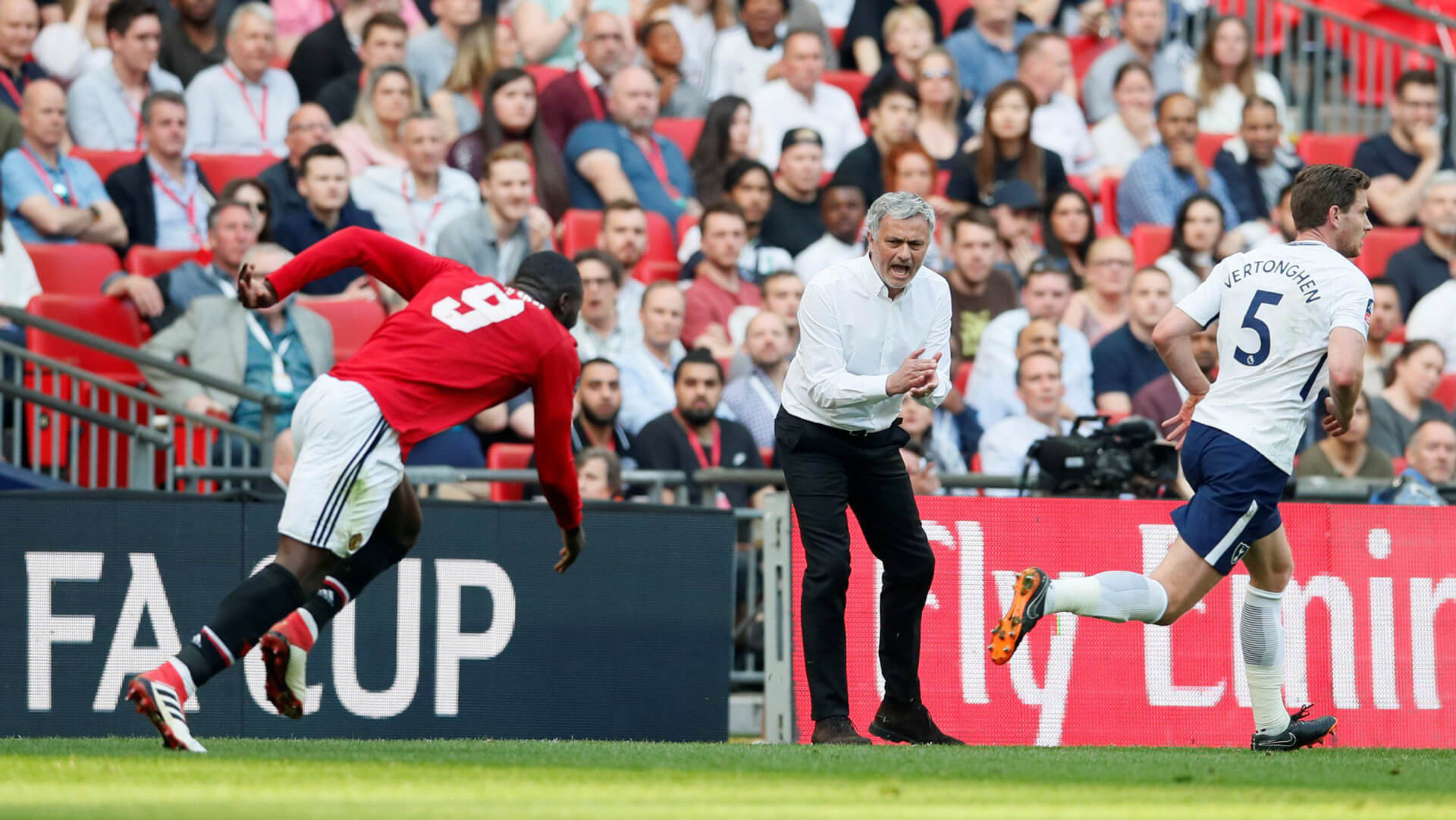 We don’t need to go into the shambolic display in our last game, do we? Let’s just sweep that one under the rug and move on to a game that, on paper, is even more difficult than our last assignment.

As we all know by now, Fergie’s motivational quip from many moons ago regarding Spurs doesn’t quite apply anymore. The North London side have made great strides over the last four seasons under Mauricio Pochettino and, whilst they have been labelled bottlers a few times in that period, have become a much sterner test, even enjoying superior league finishes than the Red Devils a couple of times in the Argentine’s time in charge. They’ve become an established top four force and despite not adding to their squad at all over the summer, they should be there or thereabouts again come May this time around.

That doesn’t mean United should be fearful of them, though, especially not after the week the Reds have endured without a chance to put things right on the pitch until Monday night. History tells us not to back against this club when its back is against the wall and the same goes for Jose Mourinho who has spent a week silently stewing whilst his reputation got assassinated on the back of one loss.

So much has that irked the Portuguese, that the silence effectively continued through his pre-match press conference on Friday afternoon. Clearly frustrated with the over-the-top coverage he and the club have received over the last week, the manager was abrupt in response to most questions levelled at him from the press. In fact, the entire press conference is said to have only last four minutes meaning the usually embargoed second half of it is unlikely to tell us anything that Mourinho hasn’t (very bluntly) already told us.

True to form, the tetchy nature of the United boss’ press conference was in fact deemed more newsworthy for most publications than the story of Monday’s opposition captain being arrested for drink-driving the day before, such is the warped sense of priorities within sections of the media. It goes without saying that if that was a Manchester United player caught up in that situation, it would’ve been a much bigger story.

In terms of the actual game, the build-up to this season’s Old Trafford clash with Spurs isn’t too dissimilar to last season’s when United snatched a 1-0 victory through an Anthony Martial goal and prompted Mourinho’s ‘shush’ gestures to the TV cameras following the usual criticism after poor results. It was a victory that needn’t come as a surprise though as the Reds were markedly improved against the top six in comparison to Mourinho’s first season in charge. Plus, as far as results against Tottenham are concerned, the run of superiority in this fixture stretches back over four seasons.

For all of Pochettino’s team’s bluster over recent times, their form at Old Trafford leaves a lot to be desired. They have lost on the last four occasions, failing to register a single goal in that time, a trend that United will surely be set up to ensure continues. However, if that is to materialise, a serious improvement is going to have to occur within the backline.

That necessity for improvement could result in a change of tact for United with a switch to a back three. One of the few things Mourinho did tell us during his brief appearance on Friday, was that almost everyone is now fit, presumably barring Marcos Rojo and Sergio Romero. This leaves the manager with plenty of options to move things around and field what could be regarded as his strongest possible eleven. Reverting to 3-5-2 could be the approach he opts for, especially as Spurs adopted a similar formation last week against Fulham. Big games tend to result in Mourinho mirroring what he expects of his opponents, plus it was route to victory in this fixture last season.

If that does prove to be the case and the 4-3-3 is ditched, it will probably lead to Eric Bailly and Victor Lindelof being offered a reprieve after last week’s horror show with Chris Smalling or Phil Jones drafted in alongside them to offer their version of stability. There hasn’t been much in the way of confirmation over club captain Antonio Valencia’s fitness but if he is ready enough, we should see him in the right wing-back role with either Ashley Young or Luke Shaw covering the left flank.

Much like Valencia, Nemanja Matic has been on the verge of fitness for over a week now and will almost certainly return to United’s midfield to add some much needed rigidity. The places alongside the Serbian, should he make it, are also far from certain. Both Paul Pogba and Fred struggled against Brighton but that could be said of almost every player in a red shirt that day. It seems unlikely that Pogba will drop out after being captain recently but there is definitely a possibility of Fred dropping out for one of Ander Herrera or Jesse Lingard. Lingard performed well for England in a pressing number eight role over the summer and it’s a position that Mourinho has tried him in on a few occasions; Ander Herrera has also shone in the role in big games though and could make his first appearance of the season there.

That leaves just two spots up for grabs up front, spots that will most likely be taken by two of Mourinho’s favourites in Alexis Sanchez and Romelu Lukaku. Both Anthony Martial and Juan Mata were decidedly ineffective on the south coast last week and Marcus Rashford, try as he did, also struggled to make an impression on the game. The formation does seem to get the best out of Sanchez rather than pushing him out wide – he did link up well with Mata in that role over the pre-season but whether he can strike up a fearsome partnership with the big Belgian remains to be seen. There is a strong chance of them getting a chance work together on Monday night, though.

As for Spurs, they looked comfortable against Fulham at Wembley without being fantastic. They will be glad that Harry Kane has the August hoodoo off his back with the four season wonder set to start up top after missing last season’s Old Trafford clash. Pochettino’s men should be at relatively full strength aside from missing Heung Min Son and Victor Wanyama. The Spurs boss has already stated that Hugo Lloris is going to get the nod in goal despite his boozy misdemeanors. United’s far from stable defence will have to find away to cope with the threat of Lucas Moura, Dele Alli and Christian Eriksen alongside Kane if they’re to maintain Spurs’ Old Trafford drought.

Despite United’s dominance at home against Tottenham over the last few years, it has to be said that the White Hart Lane club have also had the better of things on their own patch, often in more convincing fashion than United’s home victories. That’s possibly an indication that the general feeling of this being a tie between two evenly matched sides is true; for that reason it’s difficult predict anything but another tight encounter. Based solely on United’s need and capacity for bouncing back during adversity, a narrow home win could be and hopefully is the outcome on Monday night.