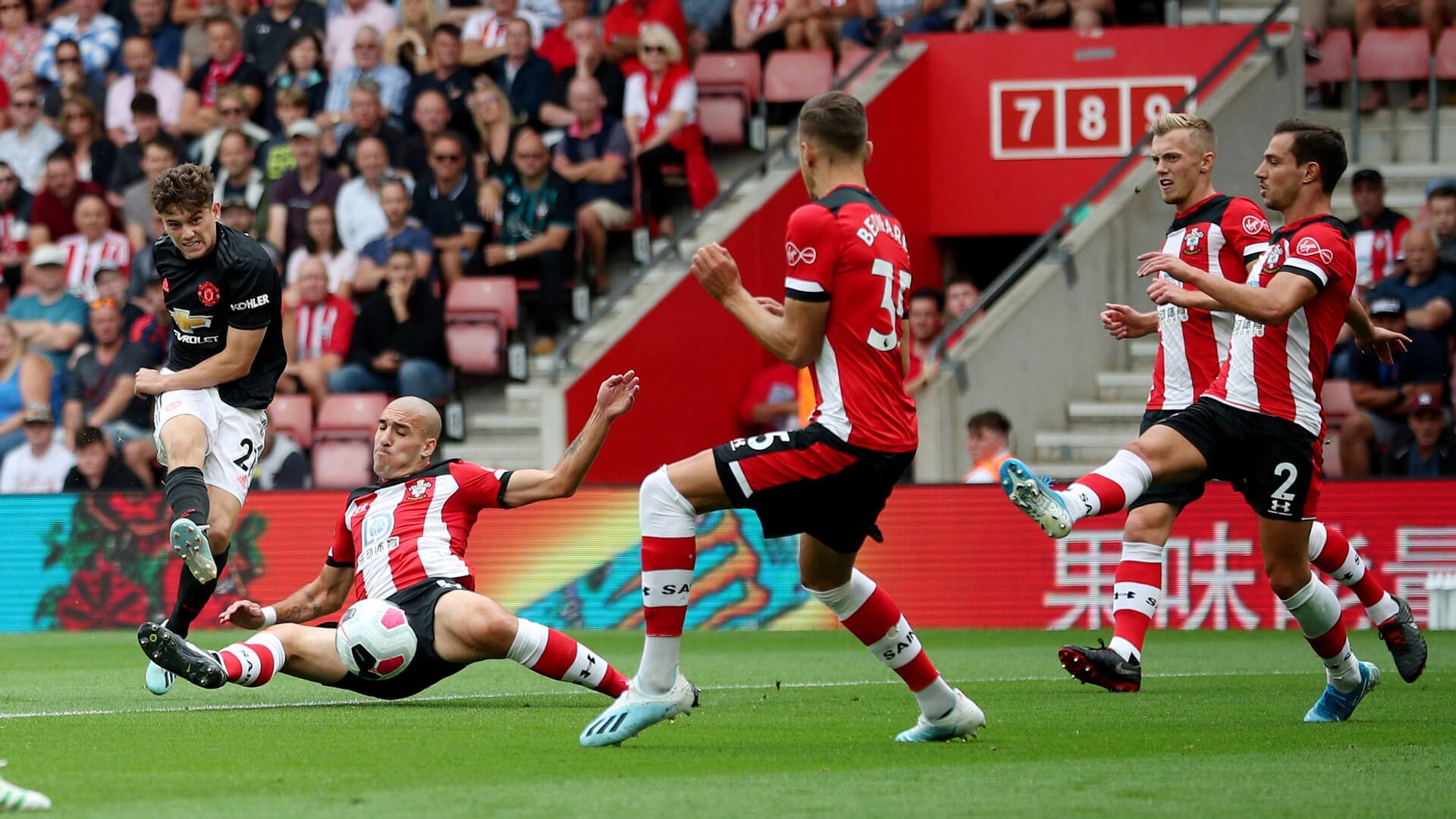 Two straight wins has Manchester United’s Premier League position looking a little more postive (and I mean a little) ahead of this weekend’s trip down to the south coast. There is confidence to be drawn from the 4-1 victory over Istanbul Basaksehir in the Champions League, but an away day to Ralph Hasenhuttl’s men is an altogether different assignment.

United’s recent battles with the Saints haven’t been overally fruitful, usually providing closely-fought contests in which Ole Gunnar Solskjaer’s teams are unable to rest easy. As was typified in the gut-wrenching 2-2 draw at Old Trafford towards the end of last season, a result that put Manchester United’s Champions League prospects in real doubt at the time, Southampton’s energy and pressing caused all sorts of problems.

Far too often that evening, United were caught on the ball playing out from the back before they wised up to their opponent’s press. The plan of attack will likely be no different for the Saints come 2pm on Sunday, but the men they were catching in possession that night look set to be omitted this time around. As was invariably the case in the final run of last season, Solskjaer went with the double pivot of Paul Pogba and Nemanja Matic in the middle of the park and it was the former that found himself under pressure on numerous occasions back in July. All signs point to that particular midfield pairing not being an option this weekend.

Pogba has been missing from both of Manchester United’s match day squads since the international break and his involvement with the French team. Solskjaer has said that he is suffering from an ankle injury after taking a knock whilst playing for France, though he has stated that isn’t a recurrence of the problem that wiped him out most of last season. The midfielder has been training this week but footage of recent sessions have shown Pogba moving gingerly and looking in some discomfort.

To add to the already-present doubts over his under-fire star’s fitness, Solskjaer also indicated that Pogba, along with Scott McTominay were perhaps the biggest injury concerns during Friday’s press conference, admitting;

Scott and Paul, they didn’t train this morning. They were not on the grass so they are very unlikely for the weekend. Marcus, Victor, Aaron, they came through the session today, so hopefully they should be okay, still not 100 per cent.

Ole Gunnar Solskjaer speaking to the press on Friday

Though the news of injuries anywhere in the squad is unwelcome in such a tightly-packed season, it does provide the manager with another opportunity to give Fred and Donny van de Beek consecutive games together in midfield. Fans have been crying out to see the Dutch summer signing given a chance to shine but even with Pogba’s poor form and injuries, Solskjaer has recently opted for the security of McTominay in partnership with Fred. This could be the chance Van de Beek has needed to force his way into the side.

One of the main reasons that the former Ajax man has struggled to get into the side so far is who he is up against in potentially his preferred position. Bruno Fernandes has been imperious since he arrived at the start of the year and was so again in midweek. It’s hard to see anyone coming along to take his place right now, no matter who they may be. As exemplified at Old Trafford on Tuesday, seeing both of Fernandes and Van de Beek in the same side, playing forwards and creating chances has been great in the short spells we have seen so far. Hopefully we will see more of the same on Sunday afternoon unless Solskjaer applies the Matic-shaped handbrake.

One more area of constant debate at the moment (and one we talked about on The Devil’s Trident Podcast this week) is the small matter of who should be leading the line for Manchester United. The dual factors of Anthony Martial not contributing a great deal in terms of goals so far along with the ever-improving fitness of the newly-recruited Edinson Cavani have really come to the fore in the last few weeks.

To the surprise of some (by some, I mean me), all three of Cavani, Martial and Marcus Rashford were in the starting eleven against Istanbul with the latter handed the task of filling the troublesome right flank. There’s a chance that the same trio is used again against Southampton but it would probably be wise to swap things around given the schedule and risk of injury pile-ups.

As Solskjaer has openly eluded to, Rashford isn’t 100% fit and hasn’t been for quite some time. I wouldn’t be surprised if we saw Martial shifted back to the central role with Daniel James on the left and the re-instated Mason Greenwood on the right. Both had a positive impact when they joined the action last time out and it’s difficult to see Cavani starting again after playing the full 90 minutes.

Problems could emerge from too much rotation but this is the delicate balancing act that Solskjaer and most Premier League managers are facing right now. He has to attempt to avoid injuries whilst creating some sort of cohesion in his side. The benefits of a settled team were there for all to see in the early days after the lockdown but the wheels did start to fall off both when the side was altered too much and when the first choice players were clearly overworked.

Whichever side Solskjaer goes with, they’ll need to be at their best against a Southampton outfit that have been one of the most in-form teams in the Premier League since Project Restart. They sat in fifth going into the weekend fixtures but three points for the Reds on Sunday will go some way towards Manchester United hopefully leap-frogging their opponents in the coming weeks.