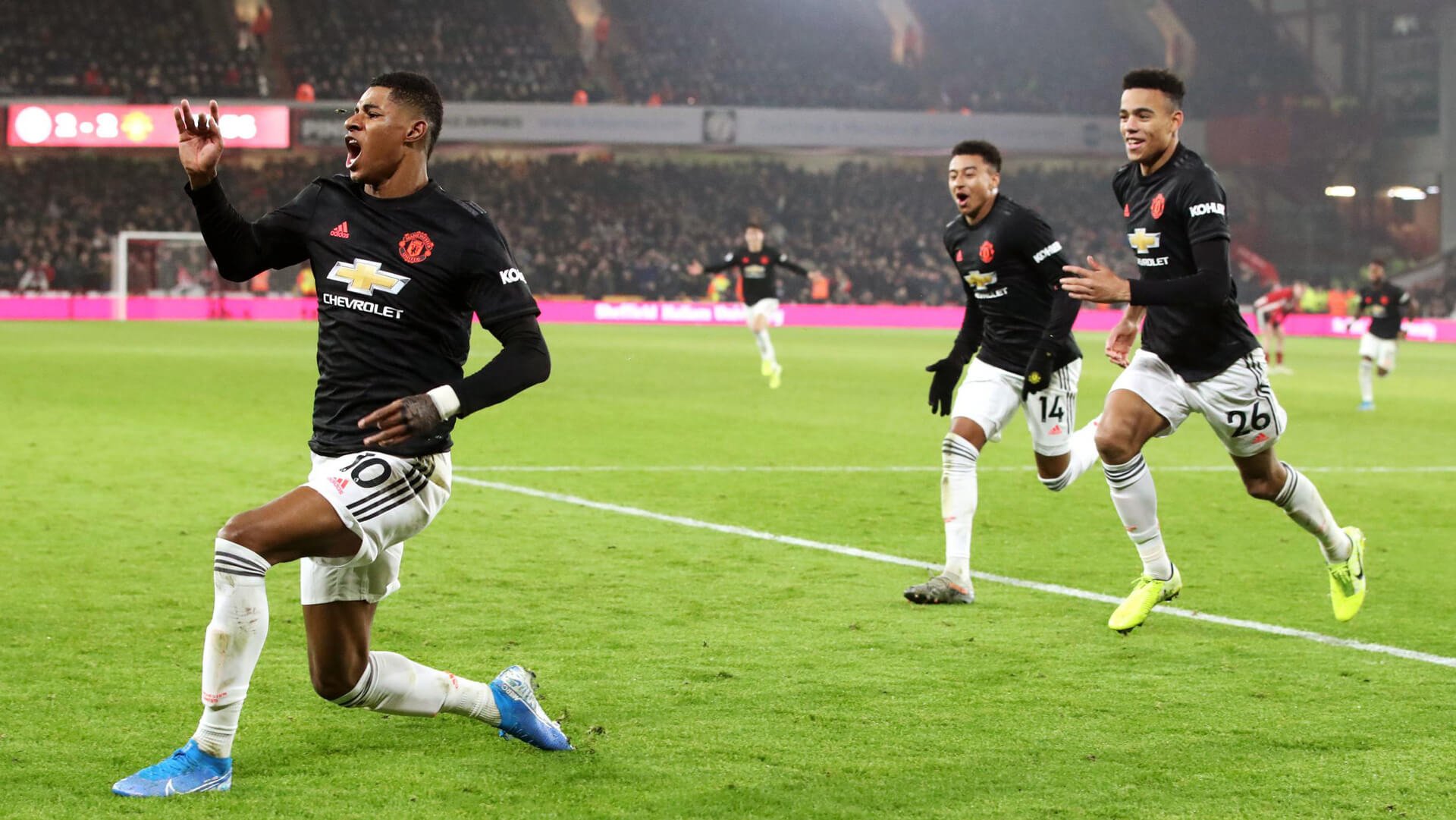 Manchester United have the chance to put themselves in the title mix at Bramall Lane. They have to take it.

On countless occasions last term, Manchester United were handed gifts from their Premier League rivals, only for Ole Gunnar Solskjaer’s men to smack them out of their benefactor’s hands. As a jam-packed period of a different kind of giving kicks in, the reds cannot afford to be as dismissive of any generosity that comes their way.

It became almost predictable that United would slip up when the likes of Chelsea, Leicester City and Spurs dropped points in last season’s race for the European places. Perhaps even more so when everything should ordinarily point to a win for Solskjaer’s side. Now, at the end of a midweek set of games that has seen five of the teams that sat above United at the start of it drop points, there is an underlying nagging fear that history could repeat itself.

The chance to open up a four point gap over cross-city rivals Manchester City wasn’t taken in a decidedly drab Manchester derby at the weekend. Thankfully all is not lost after the Blues dropped points against West Brom on Tuesday as Slaven Bilic committed the sackable offence of not winning at the Etihad. As a result there is an opportunity to put daylight between red and blue in the league table on Thursday night. With 8 of the 10 games played at the point of typing, United can climb to 5th with a comprehensive win against Sheffield United.

It is a game that somehow has banana skin scrawled all over it, though. In truth, that’s really only because we’ve been hurt before. And often. Chris Wilder’s Blades lie rock bottom of the Premier League with a solitary point from 12 games. Hardly form to be shitting yourself at but Manchester United made a habit of making hard work of exactly this type of fixture last season. Think Watford. Think Bournemouth. Think Sheffield United.

It is a big test of the mentality of Solskjaer’s Manchester United. His team got over the line under pressure to finish third last season but fell short in the cup semi-finals – they were also aided by rivals’ ineptitude in the latter stages of the season to secure that Champions League spot. That doesn’t mean they will fail here, though.

There is more than enough quality in this squad to secure three points in Yorkshire and go into the festive season within two points of Jose Mourinho’s second-placed Spurs with a game in hand. We could well be in for what Boris Johnson is touting as a ‘Merry Little Christmas’ if we manage to do our job over the next couple of weeks.

Selection-wise, there could be a few changes for the trip over the Pennines. Partly influenced by the obvious narrative, there are rumblings that Dean Henderson could be given the nod against the club that did such a great job of developing the young goalkeeper. David de Gea did little wrong in the derby on Saturday but the Leeds United game at Old Trafford does come around quickly after this one so rotation could come into play.

Elsewhere in the backline, there’s also the possibility of a swap at left-back with Alex Telles potentially coming in for a recently-fit-again Luke Shaw. Again, Shaw did nothing to warrant dropping as such and was arguably man of the match against City. Six games in sixteen days is probably the only explanation needed there, and in most cases.

As discussed on The Devil’s Trident Podcast this week, there is a sense that Mason Greenwood and Marcus Rashford have been struggling when playing as a central pair. Solskjaer has expressed that Edinson Cavani is very doubtful to be in contention on Thursday despite returning to training so we could see the return of Anthony Martial to the number nine spot with Greenwood and Rashford either side of him. A blast from the not-too-distant past of Project Restart would be hugely welcome this week if those three can start combining once more in an attack that looked world-beating on occasion.

As ever, there will be plenty of attention on Solskjaer’s midfield selection, too. The United boss appears to be ignoring all of the bluster around Paul Pogba, choosing to trust the Frenchman to be professional and play for the cause. In fairness, he hasn’t been let down in recent games but Donny van de Beek is surely due a start and likely gets it at Bramall Lane. Who plays alongside him is anybody’s guess at this point but unless Fernandes is given a break and frees up the number ten slot, it won’t be Pogba that joins him in midfield.

Without the raucous crowd that played such a big part in last season’s 3-3 draw in this fixture, this game should be a straight-forward exercise when you factor in Sheffield United’s awful form and Manchester United’s faultless record away from Old Trafford. Nothing is ever that simple in football, though. The White Roses of Yorkshire stand every chance of being a thorn in United’s side this weekend if we’re not careful.