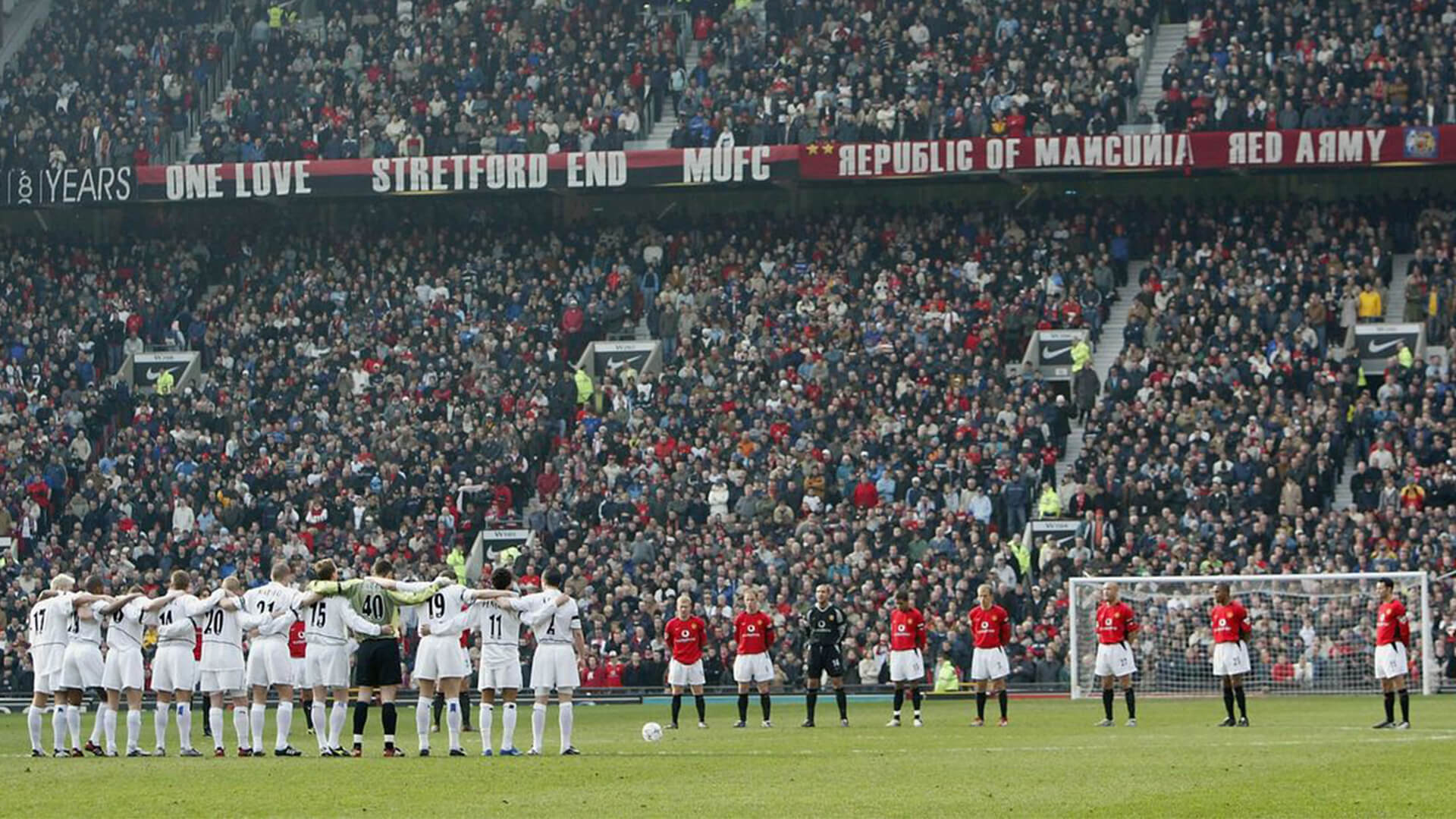 Manchester United take on Leeds United in the Premier League this weekend and that feels good to say.

Football needs rivalries like the one between Manchester United and Leeds United. The prospect of renewing this one properly in the top-flight is a particularly tasty one and, even with Leeds only just re-establishing themselves in the Premier League, it stands out as the game of the weekend.

It has been an absolute age since these two sides faced each other outside of cup competitions and friendlies. So long that United boss Ole Gunnar Solskjaer came on as a sub in the last league meeting between the two clubs – a 1-1 draw at Old Trafford 16 years ago in 2004. Leeds United went on to get relegated at the end of that season and have been strapped into rollercoaster ever since. The arrival of Marcelo Bielsa in 2018 changed all that.

Solskjaer also took the hot-seat at his club in 2018 – two years ago to the day on the eve of this game. He always maintains that his team is and has been making progress in his two years in charge. A win on Sunday would further back up his stance on that front. If his maddeningly unpredictable side can break their Old Trafford hoodoo they will leap up to fourth with a game in hand over each team above them. Not bad for a PE Teacher, right?

The ‘if’ is a big ‘if’, though. United have taken just 5 points from a possible 18 at home so far this season. What’s more, Leeds don’t seem to care who or where they are playing. The plan remains the same; to attack relentlessly for the full ninety minutes. Their matches are seldom dull. Whoever Solskjaer tasks with taking on Bielsa’s team will need to be on their game and somehow eradicate the habit of conceding first almost every game.

In fairness, United have kept clean sheets in consecutive home league games. That is little solace when there are very few goals going in at the other end, though. Bafflingly, just 3 of Manchester United’s 22 Premier League goals so far this season have come on home soil; two of those were Bruno Fernandes penalties. Those are numbers that will no doubt be troubling Solskjaer but there were signs on Thursday night that the forward line and the midfield creators that serve it are starting to click into gear.

Owing partly to suspension and illness, the tried and trusted trio of Anthony Martial, Mason Greenwood and Marcus Rashford that did so well over the summer has only started together three times this season. One of those occasions was the Tottenham Hotspur game that Martial saw red in after half an hour. If Solskjaer can start consistently fielding his preferred front three with Edinson Cavani available to call upon, the Old Trafford goals should start flowing again.

It wasn’t just the forwards that impressed in midweek. Rashford and Martial’s goals owed much to the work of Bruno Fernandes and Paul Pogba. Whether it was decisive passes in a counter attack, pirouettes to get moves going or useful passes in behind the opposition defence, the pair were involved in most good things United did at Bramall Lane.

Whilst rotation is at the forefront of most manager’s minds at the moment going into the festive period, it would take a brave person to bet against Pogba and Fernandes retaining their places in the side against Leeds. Pogba has shown that he can be trusted to play for the team and be disciplined in a midfield pair despite all the drama surrounding his future. Donny van de Beek and Scott McTominay may be disappointed, but it is currently a question of who plays alongside the World Cup winner.

For what it’s worth, my money would be on Fred. The omission of the Brazilian in midweek certainly seems planned. Pitting Nemanja Matic against a Leeds side that is so energetic having played ninety minutes a few days would be an almost-certain recipe for disaster. The engine of Fred, or possibly McTominay, will be crucially important if United are to get a handle on this game and match their opponents work-rate.

Leeds themselves come into this clash high on confidence. They performed their own comeback in midweek against Newcastle United, running out 5-2 winners after going 1-0 down in the first half. Much like United, a lot of their good results have come on the road; it’s a case so many clubs will make, but they are arguably missing the drive the home crowd gives them on their own patch.

The real shame here is that there will again be no fans at Old Trafford on Sunday to witness the re-igniting of this rivalry. The club (and most of Greater Manchester) were hoping that the region would be downgraded to Tier 2 Covid-19 restrictions which would allow 2000 home fans to return to the stands again. Unfortunately that wasn’t to be so we will all be watching on tv for at least another two weeks. We can only hope that the second game between the clubs is a different story in April.

Win, lose or draw, we will be reflecting on the game and occasion on The Devil’s Trident Podcast late on Sunday night so look out for a new episode in your podcast feed on Monday – fingers crossed it will be a merry one, reds.