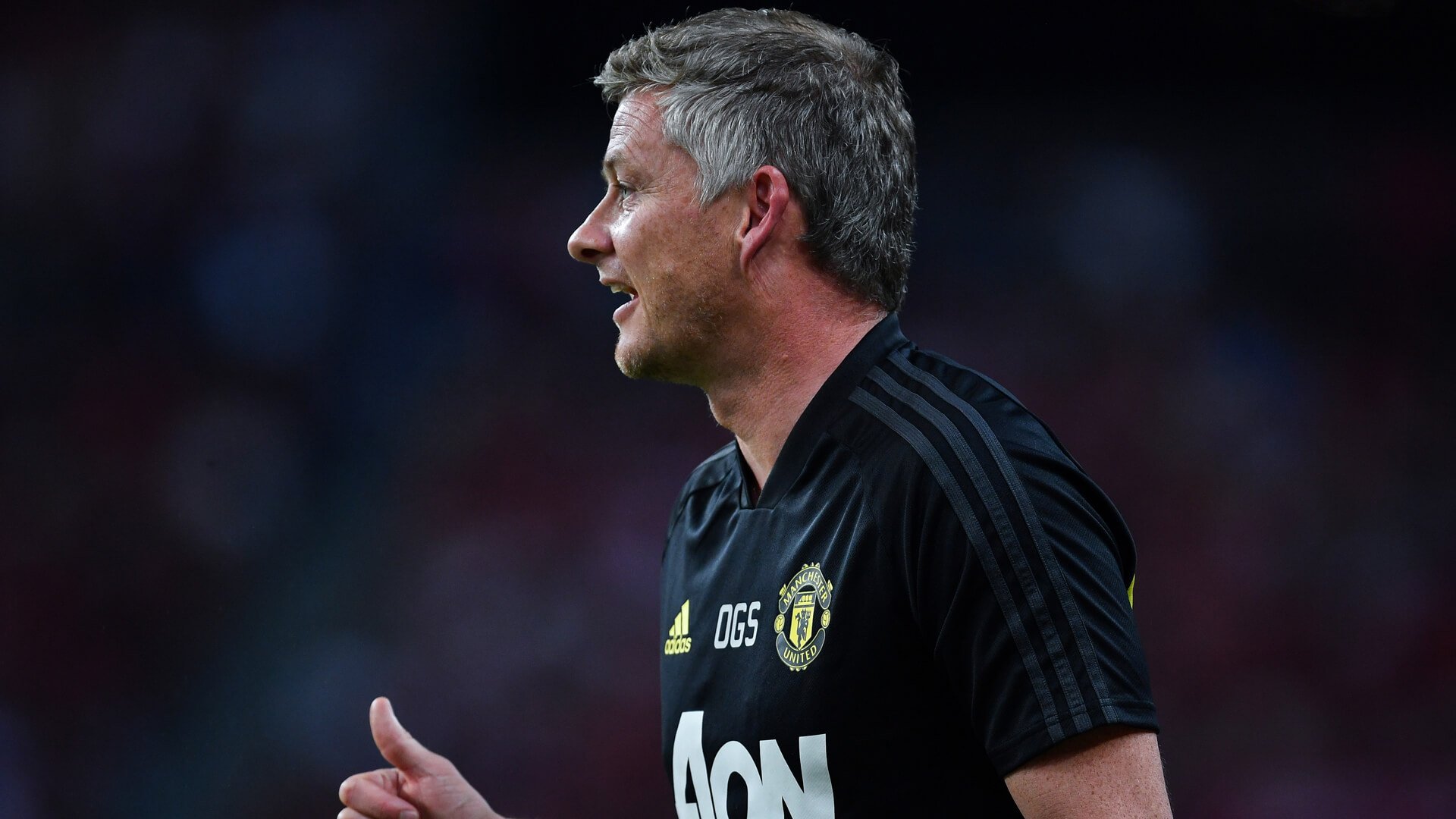 For the second summer running, all has not been well at Manchester United.

Online campaigns against the club’s owners, transfer debacles, expensive stars wanting out and a re-build that didn’t quite materialise as many wanted. It hasn’t been dull at Old Trafford since the abysmal end to last season.

The positivity that Ole Gunnar Solskjaer managed to drum up in his first few months in charge feels like a distant memory. There was accusations that many of the players downed tools after securing the Norwegian’s job and if you believe what you read in some areas of the press, some of the playing staff aren’t too convinced by Solskjaer’s credentials.

That being said, the United boss remains unmoved and bemused by the negativity surrounding the club – particularly online. In fact, Solskjaer insists that the mood within the club is in stark contrast to the doomsday perspectives of many disgruntled Reds in the Twittersphere.

“The only way we can put an end to doubts is by playing good football, that’s showing the team we want to be, the style we want to play and our fans when they see that intention have always been supporting the team.
But within the team and the club, we’re feeling very confident and we don’t feel that negativity you’re talking about. “

Certain fans may argue that Solskjaer set himself up for a summer backlash. After some of the disappointing results toward the end of last season, namely the Everton defeat and Huddersfield draw, the United manager hinted that many of team wouldn’t been seen again in United shirts.

The reality is that the only notable outgoings were the club’s most prominent goalscorer in Romelu Lukaku, and a firm fan favourite in Ander Herrera, a player that would and should have stayed if the club handled his contract situation properly.

What’s left is an abundance of sub-par defenders and a paper-thin midfield with pursuits of Christian Eriksen, Bruno Fernandes and Paulo Dybala falling flat, if they were even concrete attempts in the first place. The result is the club going into the season with the perception that it is over before a ball is even kicked against Chelsea on Sunday.

For all this negativity, though, a separate section of the fanbase would argue that this season represents a chance to get excited again, regardless of the Glazer’s awful running of the club and Ed Woodward’s incompetence in backing his manager, again.

The players that have been brought in represent a positive change in tact from a recruitment perspective. The defence has finally been addressed and all of a sudden, Solskjaer arguably has one of the standout backlines in the league with Aaron Wan-Bissaka and Harry Maguire joining. Both are quality players that can still improve. The bonus is they actually have a desire to play for the club, one of the big moans a lot of fans had about players with the opposite attitude as last season fizzled out so badly.

There is also a general focus on youth, both in the players brought in, and the players graduating up from the academy. We’ve seen Mason Greenwood, Tahith Chong and Angel Gomes impress in an unbeaten pre-season tour and it looks like they will be more regular fixtures in the first team squad this term.

There’s no doubting that putting more faith in the youth is a gamble for Solskjaer. A lot of fans will have demanded proven, world class quality came in but the reality is, the best players don’t want to join the club whilst it is perceived so badly and not featuring in the Champions League.

Instead, perhaps with his hand forced slightly, the manager is focused on allowing youth to flourish and putting faith in Marcus Rashford, Anthony Martial and Mason Greenwood to get the goals and carry the team forward. By no means is it guaranteed to work and he could be putting his dream job on the line, but you have to admire the determination to return Manchester United to their roots.

As a result of being clear with his vision for United’s future, we can also see a clear change in the style of play. The high press was a massive feature in pre-season with the squad looking fitter than they have in a long time – the youthfulness will help carry that through the season. For the first time in a long time, we’ve actually got a good idea of how United will approach the game against Chelsea.

There has been clear shift to a 4-2-3-1 with a flexible front line that can switch positions and use their pace to scare defences. It has also been allowing for the liked of Mata and Gomes to be creative in their natural positions which goes some way to explaining why the Spaniard was retained this summer.

In terms of the forward line that will start against Chelsea, Martial switch back to the number 9 shirt is a clear indication that he will be playing through the middle more often. It will probably be that him and Rashford swap and change throughout games with both able to play centrally or from the left. Daniel James is also likely to start on the right. Solskjaer has shown great faith in him on tour and the lack of other options there put him in pole position with the possibility of a late cameo from Greenwood from that wide birth.

In the number 10 slot, we’re likely to see a job share situation between Jesse Lingard and Juan Mata, dependent on the opposition. Lingard is probably the slight favourite to start on Sunday with his pace working to his advantage against a team that will go forward and provide counter attacking opportunities.

The midfield is the biggest problem area but with everyone fit and Solskjaer preferring a two-man combination, the lack of numbers might not be too much of an issue as long as Paul Pogba stays. Let’s not think about what happens if he doesn’t. The Frenchman is fit for this one after missing the AC Milan friendly so you can count on him starting. The main question is who will start with him?

Nemanja Matic has looked laboured in pre-season appearances which is a worry. He could get the nod on experience alone but it is Scott McTominay that deserves the spot. The young Scot has looked assured and has been a force pushing forward with his driving runs whilst also displaying an impressive passing range.

There should be no arguments about the back five now after the transfer window. Victor Lindelof and Harry Maguire are far and away the best centre backs at the club and will surely start unless Maguire isn’t quite ready yet. If he’s not, it should be Axel Tuanzebe that steps up from the defenders waiting in the wings – the decision to keep him rather than sending him on loan is another sign that things are going in the right direction.

We’ve also got two established full backs in Luke Shaw and Aaron Wan-Bissaka with the latter having a phenomenal start to his United career. David de Gea will suddenly be feeling a lot more comfortable with the protection he’ll be receiving, more so than at any point in the post-Fergie era.

No one is expecting miracles this season but there are still reasons to believe this United side can compete over the next few years. It is undoubtedly a work in progress but hopefully they will perform well enough against Chelsea to make some hold their judgement until some actual football has been played.