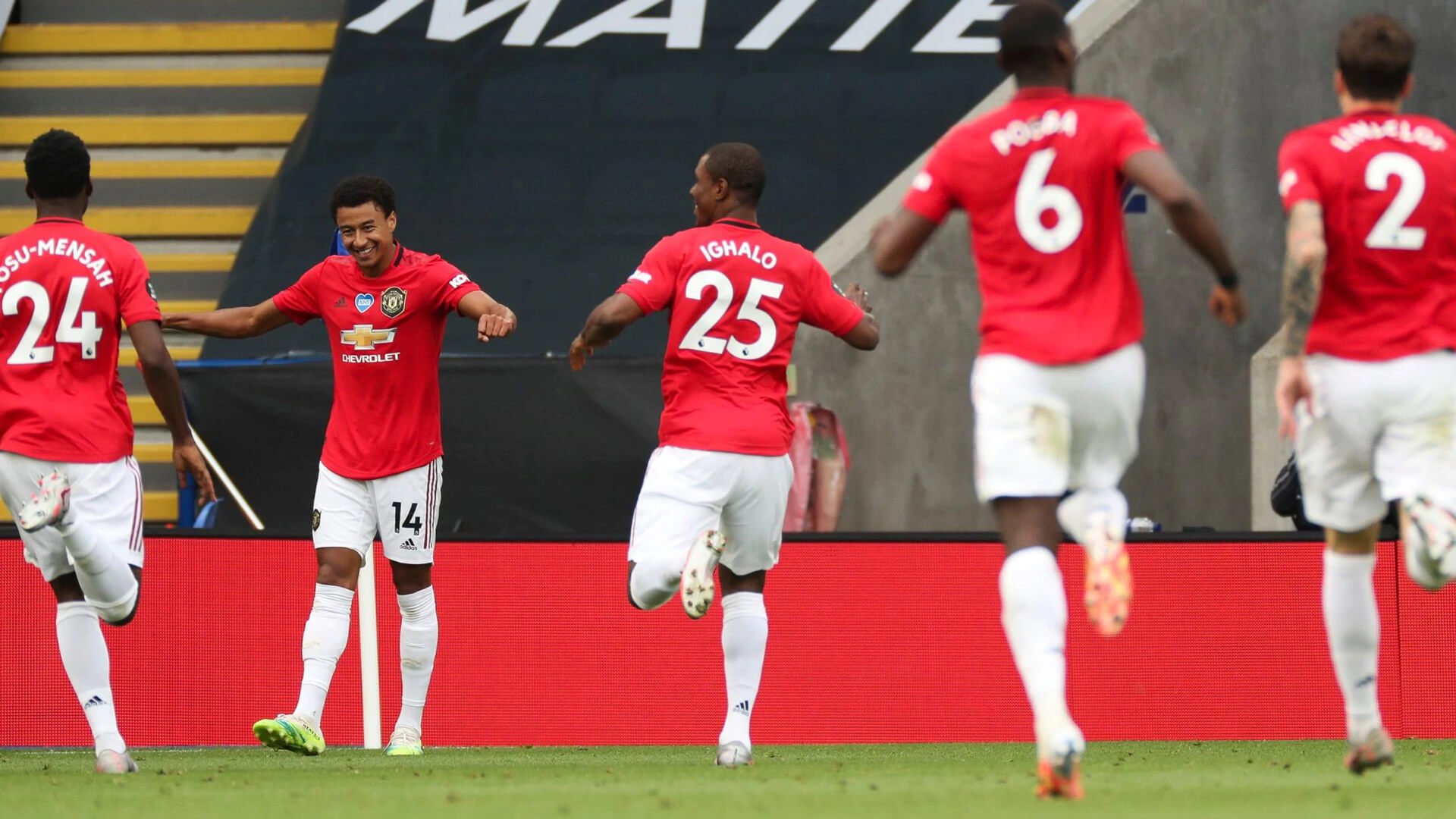 Manchester United can put a marker down at the King Power this weekend.

A win against Leicester City will see Manchester United leapfrog their lunchtime opponents and move into second place in the Premier League. The Boxing Day clash provides the rare opportunity for Ole Gunnar Solskjaer’s team to put pressure on the chasing pack, rather than watching what their rivals have done and having to respond with a result of their own to keep up.

Poor starts to recent Premier League campaigns have meant that United have more often than not been tasked with closing the gap to those above them, usually from outside the top four. If this team can do the job and move into second, it will be very interesting to see how they handle the mental shift of being one of the teams that others are hunting down.

There are numerous reasons to believe that United could be in their highest league position since the opening weekend of last season by mid-afternoon on Saturday. One of them is the absolutely impeccable away record that Solskjaer’s side boasts, on the domestic front in particular. The Reds have emerged victorious from their last 14 away games in domestic competition (once with the aid of extra-time against Norwich in last season’s FA Cup quarter final but let’s not be picky).

Another is the fact that Leicester’s home record is as patchy as United’s. The Foxes have picked up just 9 points from their 7 Premier League games at the King Power so far this season, instead relying on their counter attacking prowess on the road. Sound familiar?

Of course, each game should be taken on its own merit. The form guide may point logically to a Manchester United win but we all know that it is far from a given. Despite only taking 3 points from the last 11 league meetings since their 5-3 win against a Louis van Gaal-led United team, Brendan Rodgers’ side are always dangerous.

They have the likes of James Maddison returning to form and beginning to rekindle his connection with Jamie Vardy. Wilfred Ndidi’s recent recovery from injury also gives them an extra bit of solidity in midfield. Rodgers will be without Caglar Soyuncu at the back, though.

Regardless of who Leicester can and can’t pick, Solskjaer will be confident that he has the tools for the job. Wednesday night’s late show win against Everton proved that this Manchester United squad is really starting to blossom and adjust to the need for multiple changes from week to week. Nine changes were made at Goodison in midweek; it’s likely that a similar amount will be made again.

The United boss has a few players that seem to be undroppable for games of real importance, namely Bruno Fernandes and Harry Maguire. The changes are almost certain to be made around them even though they were the only two to stay in the side after the Leeds game. Both went on to play the full ninety against Everton but it’s difficult to envisage any rests coming their way this weekend.

Up front, Edinson Cavani could be rewarded for his crucial goal with another start. It is expected that Marcus Rashford and Anthony Martial will return to the starting eleven but they may both have to settle for adjusted roles out wide to cater for the experienced Uruguayan.

In midfield, a big game probably signals the return of Fred and Scott McTominay providing the latter is over the slight injury that forced him off last weekend. If he isn’t quite ready it’s likely to be a battle between Paul Pogba and Donny van de Beek to complete a double pivot in the middle. David de Gea should retake his place in goal and Aaron Wan-Bissaka will be expecting to replace Axel Tuanzebe even if he did perform admirably at right-back in the League Cup win.

Victor Lindelof has been playing through the pain barrier of late; if he can continue to do that then Solskjaer will undoubtedly pick him over Eric Bailly. Bailly could be a better option for his recovery pace against Vardy but that would involve a change in tact from a manager that likes the Swede’s partnership with his captain.

This weekend will provide a real insight into whether the building hype around Manchester United is justified or not. It would be very easy to slip to defeat and fall out of the top four. The confidence that can be gained from taking all three points could push them on even further.