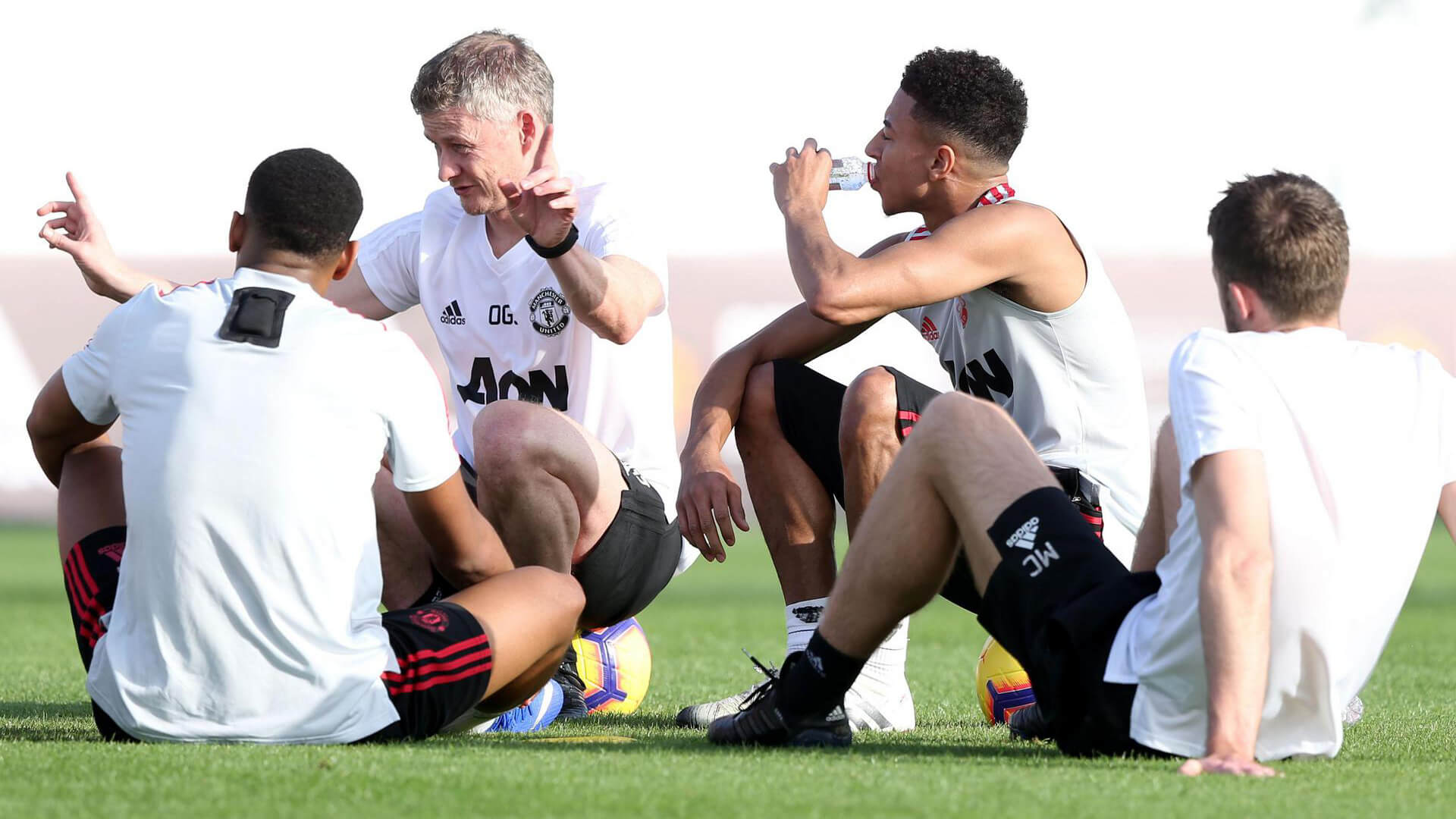 There’s a solid argument that United’s away assignment at Wembley this Sunday is the most intriguing of an already strange season. We’ve seen the Reds’ fortunes improve vastly since Jose Mourinho’s December dismissal but coming up against an in-form Tottenham side that, much like United, have been scoring for fun represents a true test of where Solskjaer’s team are on their mission to return to the top table.

Time to work properly with his squad on the training ground has been hard to come by since the Norwegian arrived, having stepped in before a busy festive period, but that hasn’t appeared to be much of an issue so far. With the shackles off and the freedom to play to their attacking strengths, it has looked like Solskjaer has found the solution that was staring his often stubborn predecessor in the face all along. However, there has been underlying murmurs about the standard of opposition in this five game winning streak.

Clearly, some of those grumbles are irrelevant as United have been failing and struggling in those types of game for awhile and the manner of the victories are what many are celebrating, rather than the three points. Now, though, with a tough away day coming on the back of a week in Dubai for Solskjaer’s first proper period of training, we should see the true fruits of the caretaker manager’s labours and get a good insight into whether the improvement is as tangible as many think.

One challenge that he has yet to face up until now is how to approach a game against a team of a similar strength. Does he have the tactical aptitude to get a result playing expansively against a fellow big side? For all their faults, both Van Gaal and Mourinho displayed the know-how of taking on the best and winning whichever way they could so it’ll be interesting to see if Solskjaer plays it more cautiously against tougher opponents, or if he sticks to his attacking approach with positive results.

Many United fans tired of the both departed managers’ pragmatic tendencies but they did yield results in some unexpected circumstances. Regardless of that fact, the obvious preference is that the forward-thinking approach is retained, as relying on an unstable back line is asking for trouble, especially against Tottenham with their attacking prowess.

In terms of selection on Sunday, the travelling party could lead you to believe there will be few surprises in the starting line-up. With just five defender making the journey to London, the only point of contention is whether Diogo Dalot starts at right-back, or if Ashley Young’s experience is preferred. Victor Lindelof, Phil Jones and Luke Shaw should start by default given that there aren’t any other options for their positions in front of David de Gea.

The midfield area should also pick itself now, with last Saturday’s FA Cup win adding very little to Fred or Andreas Pereira’s cases to start more frequently. Both were largely ineffective against much weaker opposition and, although they were playing in a heavily-changed team, haven’t justified the hype and early season clamour for them to be permanent fixtures alongside Paul Pogba. Instead, the now reasonably established trio of the revitalised Frenchman, Nemanja Matic & Ander Herrera provides a stable base for Pogba to roam free.

In the league tie at Wembley last season, United were caught short using Pogba in midfield two with Matic as they got overrun by Spurs’ central players but they had learned their lesson by the time the FA Cup semi-final rolled around. The trio were used to good effect on that occasion with Herrera popping up with winner in a game many saw Spurs to be the favourites to win, proving United are capable of getting a result at their opponents temporary home.

As has been the case since his arrival, Solskjaer’s biggest dilemmas are up front, but they’re nice problems to have. Aside from the absent Alexis Sanchez, the Boss has a full complement of in-form forwards to choose from and it’s likely that two will have to settle for a place on the bench. The main question is whether Rashford is preferred over Lukaku through the middle as the England youngster has been flying in the last few outings.

However, Solskjaer has stated firmly that Rashford can and will start games alongside the Belgian and this could prove to be one of those occasions. Going up against a strong Spurs defence, of which one is Lukaku’s international teammate may just give him the edge and see him start in the number nine slot, leaving Rashford to potentially operate from the right and offer some width and threat with his crosses.

That approach would leave the left hand side to be taken by Anthony Martial and complete a frightening forward pack capable of really taking the game to Spurs. Not that he needs any extra motivation, but all eyes will be on United’s Caretaker Boss as his claim to take the job permanently gets a proper examination against perhaps his closest rival for the post.

Although it’s far from a winner-takes-all affair, there’s no doubt that going to Wembley and getting a result will sway even more towards the idea of installing Solskjaer beyond May. Plus, job opportunities aside, Arsenal’s defeat to West Ham gives United a chance to draw level with the Gunners in fifth, something that seemed as improbable as a positive United performance just a month ago.

Whatever happens on Sunday afternoon, though, you can almost guarantee it won’t be dull, and that’s the very least that we all want.