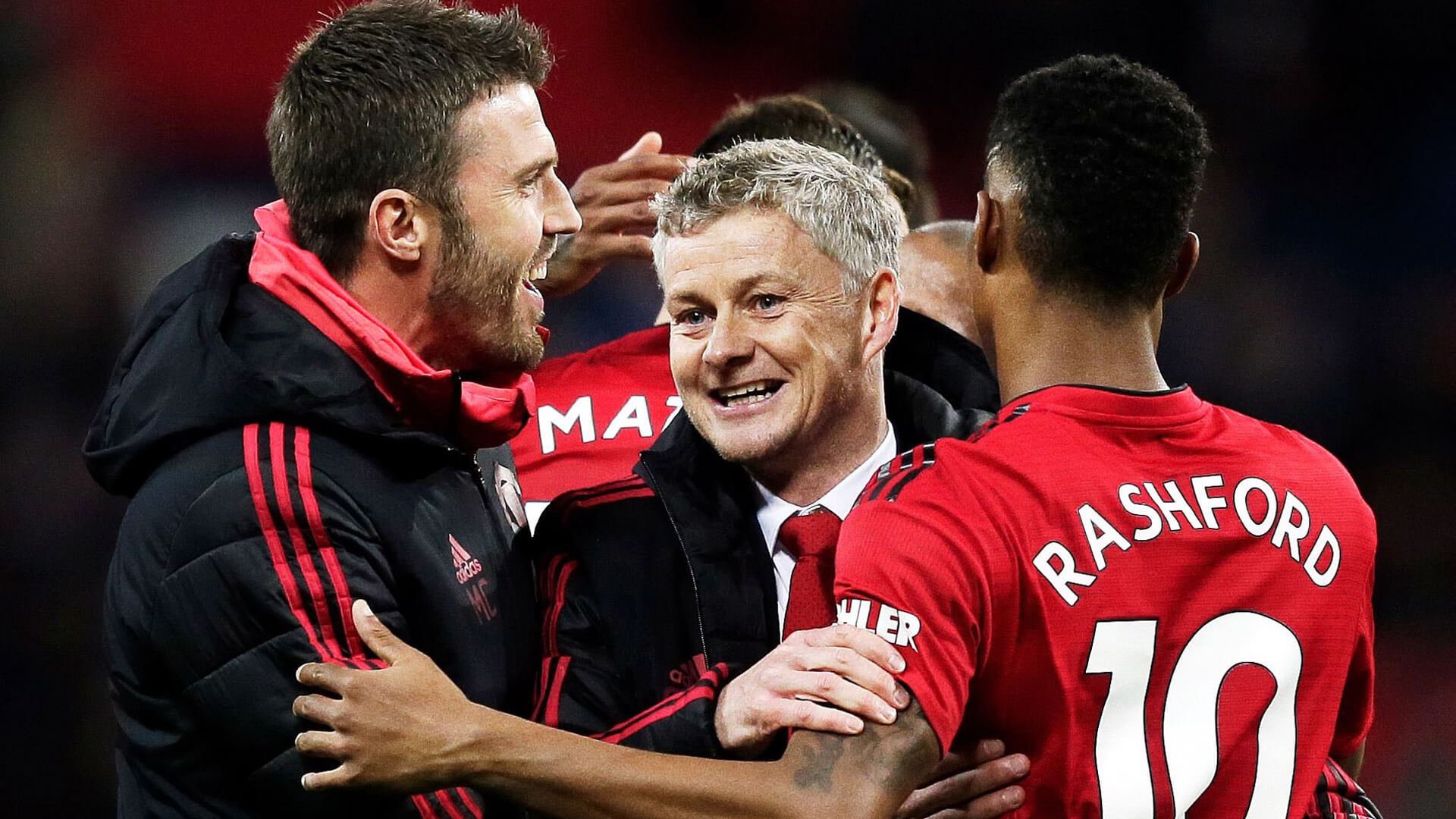 Let’s get Seven from Seven!

Well, the big test has been passed and things are looking wildly different for Manchester United in the Premier League. With Arsenal losing to West Ham last week, combined with United’s win at Wembley, the prospect of Ole Gunnar Solskjaer’s side climbing to fifth this weekend is very real. Throw into the mix the fact that Arsenal face Chelsea at the Emirates on Saturday, potentially causing both London clubs to drop points, and suddenly the top four race becomes much more than a pipedream.

Of course, to really put themselves back in the picture, United have to do their job at home to Brighton at 3 o’clock on Saturday afternoon and put the pressure on the two teams directly above them. It was often the case that the Reds would drop points in these games under both Van Gaal and Mourinho with complacency and/or negative tactics holding the team back against teams that should be beaten. So far under Solskjaer, that hasn’t been an issue with attacking emphasis at the fore.

There is the small matter of the FA Cup trip to Arsenal coming up on Friday, though, quickly followed by a Tuesday night game against Burnley. This does open up the chance of rotation in certain areas of the side with the United boss sticking to a similar batch of players for most of his selections so far, resulting in many playing a lot of minutes.

The manager’s main challenge is keeping his forwards happy amidst a situation that sees Marcus Rashford in great form and almost becoming undroppable. There is a definite (and justified) reluctance to remove the England man from the starting eleven whilst his momentum is so strong, meaning chances for the other forwards haven’t been as easy to come by as they were under the previous manager.

However, considering the opposition and the difficulty of the next game, the regular trio of Rashford, Lingard and Martial may get broken up for this one. We could see Juan Mata come in for Lingard in anticipation of the need to unlock a rigid Brighton defence. Lingard has performed brilliantly but could be saved to play to his counter-attacking and pressing strengths against Arsenal on Friday night.

Romelu Lukaku also hasn’t started since Reading and could get his chance this weekend with Rashford moved to the left. The Belgian is currently unlikely to start at the Emirates but needs to be kept sharp so being rotated into the side against Brighton is logical, allowing the established attacking trio, including Anthony Martial, to reunite in the cup. Alexis Sanchez seems destined for the bench this weekend whilst he proves he is 100% fit.

Despite missing training at one point during the week due to birth of their respective children, Nemanja Matic and Paul Pogba won’t be taking any further paternity leave for the foreseeable future. Both are part of what is clearly a preferred and increasingly well-oiled unit with Ander Herrera and will almost certainly form the midfield combination. That is made all the more likely with Fellaini injured and Fred also being missing from the party that arrived at the team hotel on Friday night, presumably due his wife also giving birth this week.

The last decisions come at the back and who Solskjaer puts in front of his human wall goalkeeper, David de Gea. Whilst United keeping a clean sheet at Wembley against Spurs is a commendable achievement, it was obviously more heavily down to the Spaniard’s heroics rather than the team’s defensive stability.

Victor Lindelof must keep his place, especially in light of his passionate celebrations at Tottenham’s missed chances last Sunday. The man has truly found his feet now in this United backline and looks to be a mainstay regardless of who is fit, as is the case with Luke Shaw now, too. There could be changes at right-back and centre-back, though, with a home tie against Brighton at Old Trafford providing a perfect opportunity to blood Diogo Dalot a little more. Eric Bailly is also available after suspension and stands a good chance of coming straight back into the team due to Phil Jones’ occasional jitters recently.

In theory, there should be confidence of exacting revenge on a Brighton team that loosened the wheels on Mourinho and United’s season back in August. The situation around the place is so evidently improved since then and as Brighton haven’t exactly been prolific, or potent on the road, a seventh win in seven looks to be on the cards.