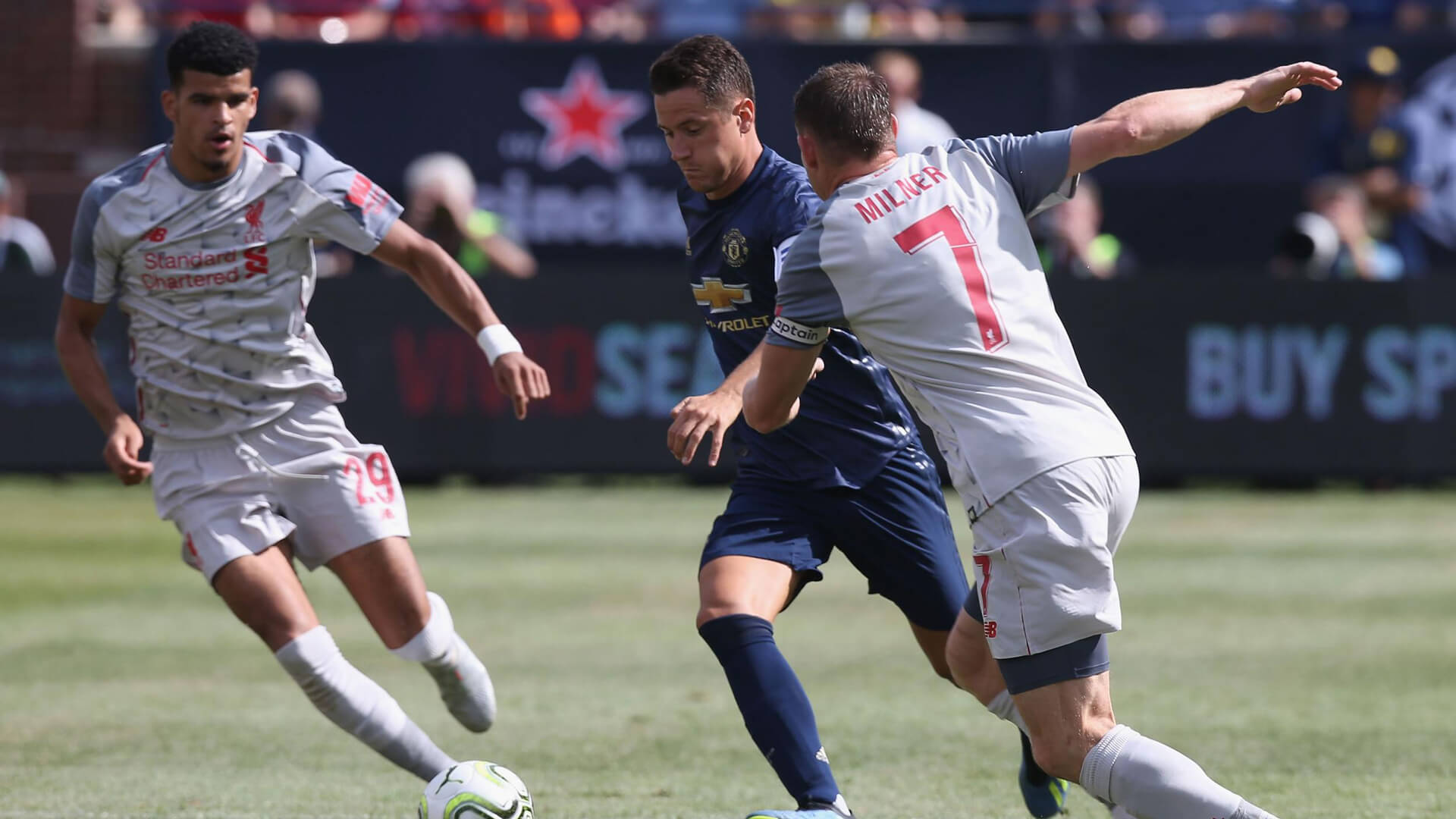 Form goes out of the window for this one, hopefully…

Another week at Manchester United has passed and left us none-the-wiser as to whether the club’s current squad were overachieving last season, or underachieving this. Whilst Wednesday’s Champions League tie with Valencia was only a narrow defeat in the end, it was yet another example of how infuriatingly inconsistent the performance levels can be from one game to another, especially on the back of an accomplished display in the previous outing.

Now, this weekend, the challenge is much sterner than both Fulham and Valencia as the Reds go to face Liverpool at Anfield. But, such is the unpredictable nature of Jose Mourinho’s United team, there’s neither a mass feeling of intrepidness, nor are confidence levels particularly high. We just know we’ve got issues this season.

Often the answers to United’s troubles appear to be obvious. Play ‘Midfielder X’ with ‘Midfielder Y’, give ‘Defender X’ a run in the side, use this formation, use that formation. The midfield combination utilised at the Mestalla in midweek is one of those that is often mooted as the solution to the team’s struggles.

However, based on the performance against Valencia, and the one against Brighton that saw the trio of Pogba, Pereira and Fred dismantled originally, the evidence suggests that getting Manchester United functioning correctly isn’t quite as simple as ‘adding sauce’. The pre-game rejoicing of ‘finally’ seeing the creative trio all together soon became a finger-pointing exercise as to why it didn’t work out, mostly at Jose Mourinho.

There are obvious nuances that contributed to that particular selection not paying off and no one can remain blameless. Certain players were clearly short of sharpness but also guilty of making poor decisions. A black mark on the manager’s card was that there didn’t appear to be cohesive plan for a team overloaded with midfielders, all seemingly devoid of any discipline.

On Sunday, though, we can gain solace from the relative certainty of Mourinho having a plan to take to Anfield, along with his preferred players in the starting eleven. Whether we like the plan or not is another matter entirely but you can guarantee it will be carried out by those with the manager’s trust rather than those that he often appears to be selecting purely to highlight their inferiorities.

With the recent talk of how Mourinho craves players willing to put their all in for the cause, we should probably be anticipating a slightly unglamorous approach and players willing to carry it out to the letter. It wouldn’t be a great surprise to see Paul Pogba and Romelu Lukaku re-consigned to the bench with willing runners being prioritised ahead of heavily protected backline.

The 3-4-3 or 3-5-2 formations often get wheeled out when Mourinho’s United need a result away or something against a big team; with Liverpool flying as they are and being so potent going forward, this may just be one of those occasions.

The good news is that the personnel needed to carry out the task appear to be available again after a recent spurt of injuries. All of Anthony Martial, Luke Shaw, Chris Smalling and Victor Lindelof have recovered and are part of the squad giving the Reds a much-needed boost, whether from the bench or the start.

If indeed a back three is deployed, the options are three from Smalling, Lindelof, Bailly and Jones as Marcos Rojo is injured, yet again. With Lindelof only just back in the fold, it’s a reasonable assumption that he may have to settle for a place on the bench. At wing-back, the manager essentially confirmed that Ashley Young would be back in the side after Wednesday’s defeat but he should find himself on the right with Shaw fit again on the opposite side. The cauldron of Anfield may come a little too early in Diogo Dalot’s progression.

The United Boss also heavily hinted that ‘The Brothers’, otherwise known as Marcus Rashford and Jesse Lingard, would be in the team after coming on and changing the game in their Spanish cameos. A similar attacking approach was taken at the Etihad along with Anthony Martial and since the French forward is fit again, going with the three most in-form options makes sense.

In the middle of the park, Mourinho will likely be looking for a bit of bite in what is often a fiery encounter. If Paul Pogba does end up being overlooked in favour of rigidity, you can take your pick of either Ander Herrera or Marouane Fellaini to partner up with Nemanja Matic.

Not that extra encouragement is needed for either side in this game, Liverpool will be even more desperate for the win to regain the spot at the top of the Premier League although they might need to  be informed that they haven’t actually won the league at 6pm on Sunday if the outcome sticks to the form guide.

Our heart says that won’t be necessary but the head disagrees, unfortunately.