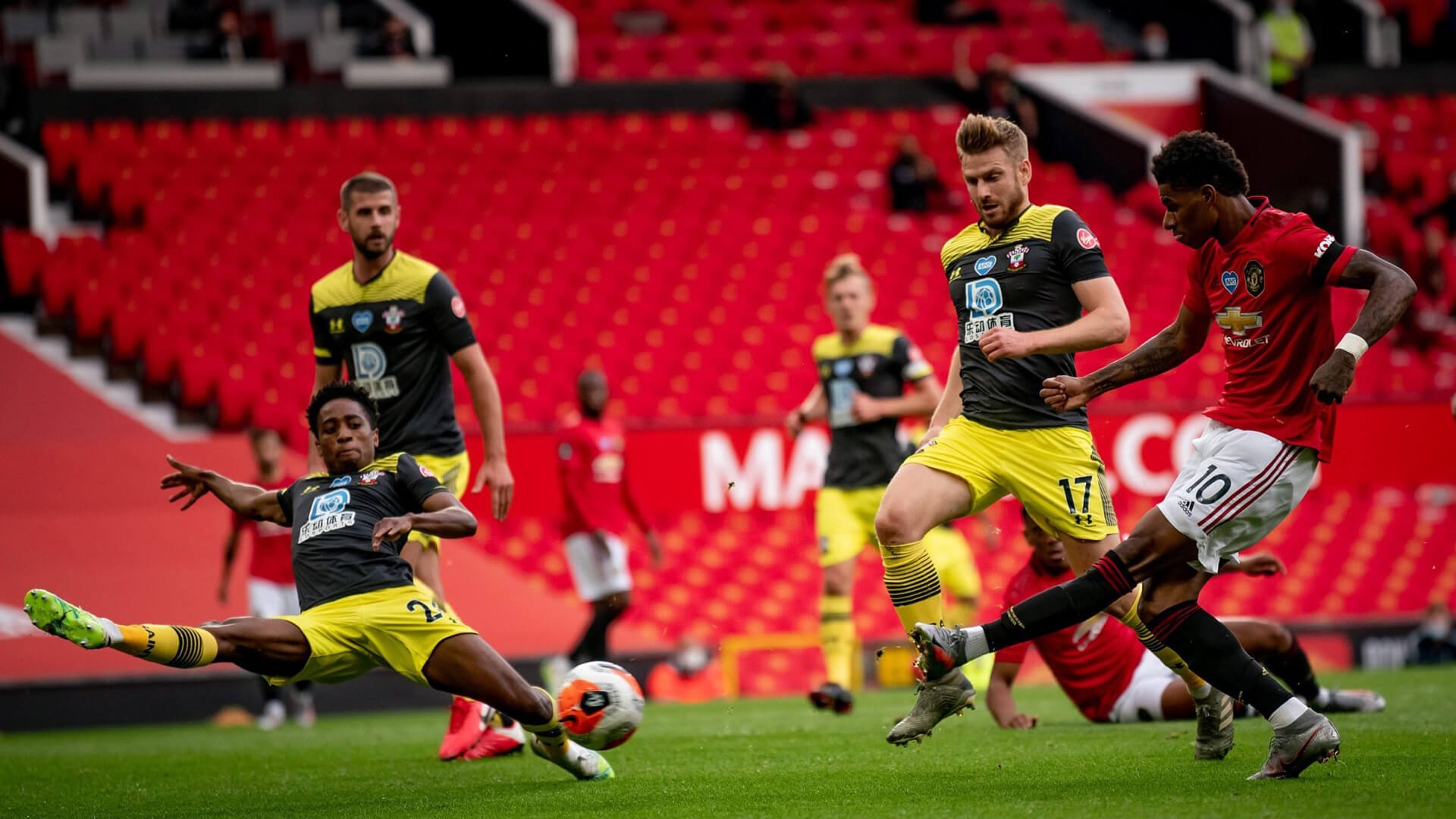 Solskjaer’s side face the depleted Saints needing to keep the pressure on Manchester City.

Manchester United’s impressive from in the Premier League has taken a bit of a hit ahead of the visit of Southampton. Whilst there should be disappointment about certain results and the points dropped, Ole Gunnar Solskjaer’s men still remain in a strong position, second behind an imperious looking Manchester City side.

Saturday’s draw at the Emirates against Arsenal made it 18 unbeaten on the road in the Premier League but, like the away game against Liverpool, the win was there for the taking for United. The reds can take solace from looking the most likely on both occasions but it’s points that make prizes, not potential. Solskjaer’s attacking stars need to rediscover some potency and start scoring again if this team is to get back to winning ways.

Frustratingly, the picture could and probably should look a bit different right now. The Manchester United boss has confirmed that the referee’s delegate report from the home defeat to Sheffield United confirmed that the Blades’ first goal shouldn’t have stood whilst Anthony Martial’s disallowed effort was wrongly ruled out.

Poor decisions go against all teams, of course, but Solskjaer has the right to be aggrieved with calls that swung a game away from his side. The other disappointing aspect is Martial missing out on adding to his tally in a period when he desperately needs goals and confidence. The Frenchman getting his mojo back would be a massive boost but unfortunately his rocky patch continues.

Martial isn’t alone in being out of sorts in the forward department. Edinson Cavani and Marcus Rashford also squandered great chances against Arsenal. Solskjaer’s call on who to start in attack on Tuesday night at Old Trafford isn’t straight-forward. As has often been the case lately, it could be influenced by his choices in midfield.

If the Norwegian is planning on utlising Paul Pogba in central midfield, then Rashford could return to his favoured position on the left with Mason Greenwood occupying the opposite flank, leaving Martial and Cavani to scrap over the central striker role. Should Pogba be used further forward, then the four main forwards will have to battle it out for two positions.

There are no fresh injuries to the squad for this one so the midfield decisions will be a combination of tactical requirements and freshness. Southampton tend to be full of energy, pressing high and will make United work. This sort of assignment usually leads to Pogba being removed from the central areas in favour of options with a bit more industry. I would personally expect two of Fred, Scott McTominay and Donny van de Beek to provide the sheer work-rate in the middle.

The only likely change at the back is Eric Bailly coming back in. Victor Lindelof’s minutes are clearly being managed due to his back issues. The travel and shorter recovery period between this game and Saturday’s trip to London may mean he needs to sit this one out, ready for Everton at the weekend.

On this week's podcast, Simon, Matt and this week's guest, Josh had a look ahead Tuesday night's game against Southampton. Here's the predictions part of that chat!#MUFC pic.twitter.com/ABHTmLOIxI

As we mentioned in the latest episode of the podcast, Southampton have fallen away from the top four in recent weeks and have endured a poor run of form in comparison to a five or six weeks back. Ralph Hasenhuttl’s team still possess a significant threat, though. Danny Ings is expected to start up front and James Ward-Prowse is always a danger from set-pieces, as United have found in recent seasons. They are without plenty of first choice starters, however. Jannik Vestergaard, Theo Walcott and Oriol Romeu all look set to miss out plus Kyle Walker-Peters is also doubtful.

Just like the Sheffield United game, this is certainly one that Manchester United should come out on top in. That hasn’t always materialised in this period of behind closed doors football, but if Solskjaer’s side can get an early goal to settle any nerves, a valuable three points should be gathered.