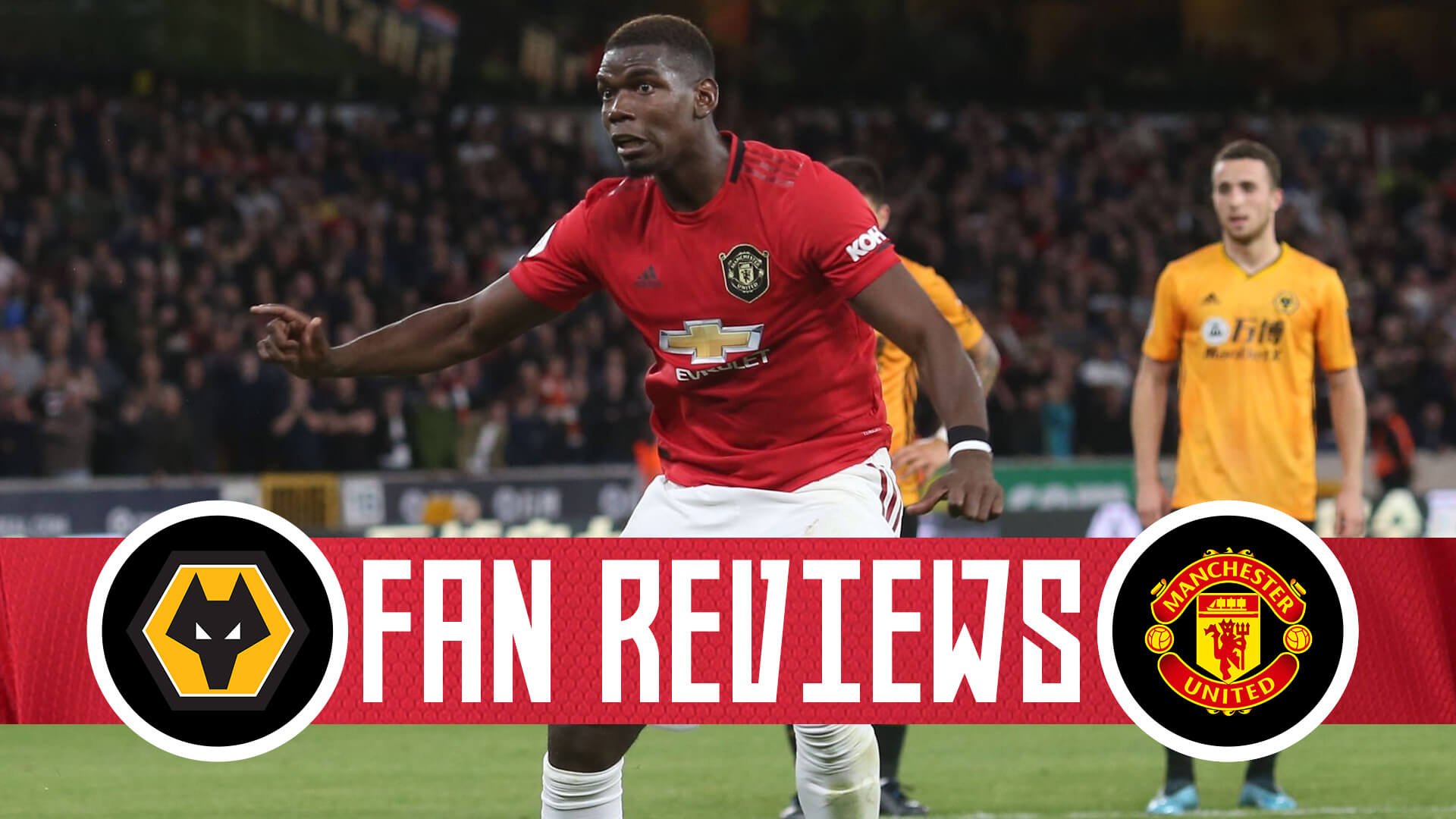 United are pegged back by a Neves wonder goal at Molineux.

First, a bit of rationality. As many Reds and pundits have pointed out, if you would’ve offered us four points from our first two games against Chelsea and Wolves, we would’ve taken it gladly. Unfortunately, with the way the game on Monday night played out, there is a widespread feeling that this draw feels a lot like two points dropped.

There was a lot of frustration spread across our Social Media pages, mostly aimed the Pogba penalty situation, but there were also many looking on the brightside. After all, it didn’t end in defeat like it did twice at Molineux last year.

As will be the norm throughout this season on The Devil’s Trident, we’ll be asking the Manchester United fans gathered online post-match to give us their thoughts on the games. We’ll be covering what was good, bad and ugly after the whistle is blown and collecting them right here for you to nod along to, disagree with or laugh at!

Here’s what some of The Devil’s Trident fans thought of last night’s draw:

It wasn’t the best result in truth. Ole could have brought on subs earlier in the game to fire up the other players and it wasn’t the best game from Rashford, Pogba and Lingard. A disappointing day of football.

I felt we should have won the game but unfortunately was unable to get the second goal from the penalty. United had a good first half. We were pressing from the front trying to keep Wolves in their own half. We had patience in our play as we kept the ball really well.

Pogba looked okay but had a few passes that went astray at times. Daniel James looks good with his pace as he tested the Wolves defence. Aside from that, there was great movement from Shaw, Lingard, Rashford to setup the goal for Martial.

Second half, it was expected that Wolves would come at us which they did and nearly scored but thanks to the post they didn’t. We were a bit wayward as we lost a bit of control as we were not putting passes together or creating as much movement. The goal they did score through Neves should have be closed down earlier as United were sloppy in defence as they switched off in that moment.

After the equaliser was scored, we regained our composure and again took control of the game. The debate for who takes the penalties has to be sorted out as there should be one designated taker, not two. Rashford said in the interview afterwards he was confident in his ability to score but he did not seem to challenge Pogba for the taking of the penalty at the time.

Overall, there are many positive signs from United tonight but there is still work to be done.

This one definitely feels like a case of what could have been. After such a strong and dominate start, we looked pretty comfortable going in ahead at half time, not really in danger of conceding or letting it slip like last season.

Admittedly, some of the passing was sloppy throughout. Victor Lindelof, Paul Pogba and Scott McTominay in particular were guilty of loose balls that put us under unnecessary pressure. It’s these little things, bits of loose play, not picking up a renowned long range specialist on the edge of the box and the penalty debacle that are going to determine whether we can finish higher up the league this season.

It doesn’t matter that we’re only two games in, we don’t get another shot at those two points and over the season, too many occurances like this will sting us. Having said all that, there were positive in terms of the clear upturn in work-rate, Martial getting on the scoresheet again and the defence looking reasonably sound for the most part. I would’ve taken a draw from this one before the season started but to be so close to winning as well as the display against Chelsea, it feels a bit disappointing not to take all three points.

An excellent, energetic performance overall with pace and power going forward. We lost our way early in second half but regained the momentum. I think we should have won the game and that’s good going at a very tough venue versus the previous two visits. Keep this level up and it will be a good season for us.

I don’t want to be too negative because we’ve done well. We’ve picked up two extra points from Chelsea in comparison to last season and one from Wolves this season.

In the first half, United were patient and kept possession and we got the breakthrough from a quality goal from Anthony Martial. I always thought we needed the second goal, in the second half we seemed sloppy.

I’m not saying we were tired but we were not as in control as the first half. When Wolves hit the post, I knew a goal was coming and when they got their deserved equaliser I was praying VAR would do United a favour this week, but unfortunately the goal stood!

We kept pressing and got a penalty that was won from Pogba which I, like potentially everyone, was expecting Rashford to step up and take just like he did against Chelsea. But no, Pogba was that one and unfortunately the penalty was saved.

The game ended 1-1, but does it feel like one point gained or two points lost? I know I’m biased and as a die hard Devil was hoping for us to be pushing for the championship, but from watching this, no negatives to be given, we are better than last season.

We are improving, we are making the right steps forward! And if we keep playing like this and improving game after game, it may not be this season, but silverware will be back where it belongs sooner than you think.

Keep going boys, Keep the belief. We are going the right way! Let’s keep building and make us the only team that’s worth a mention in the Premier League!