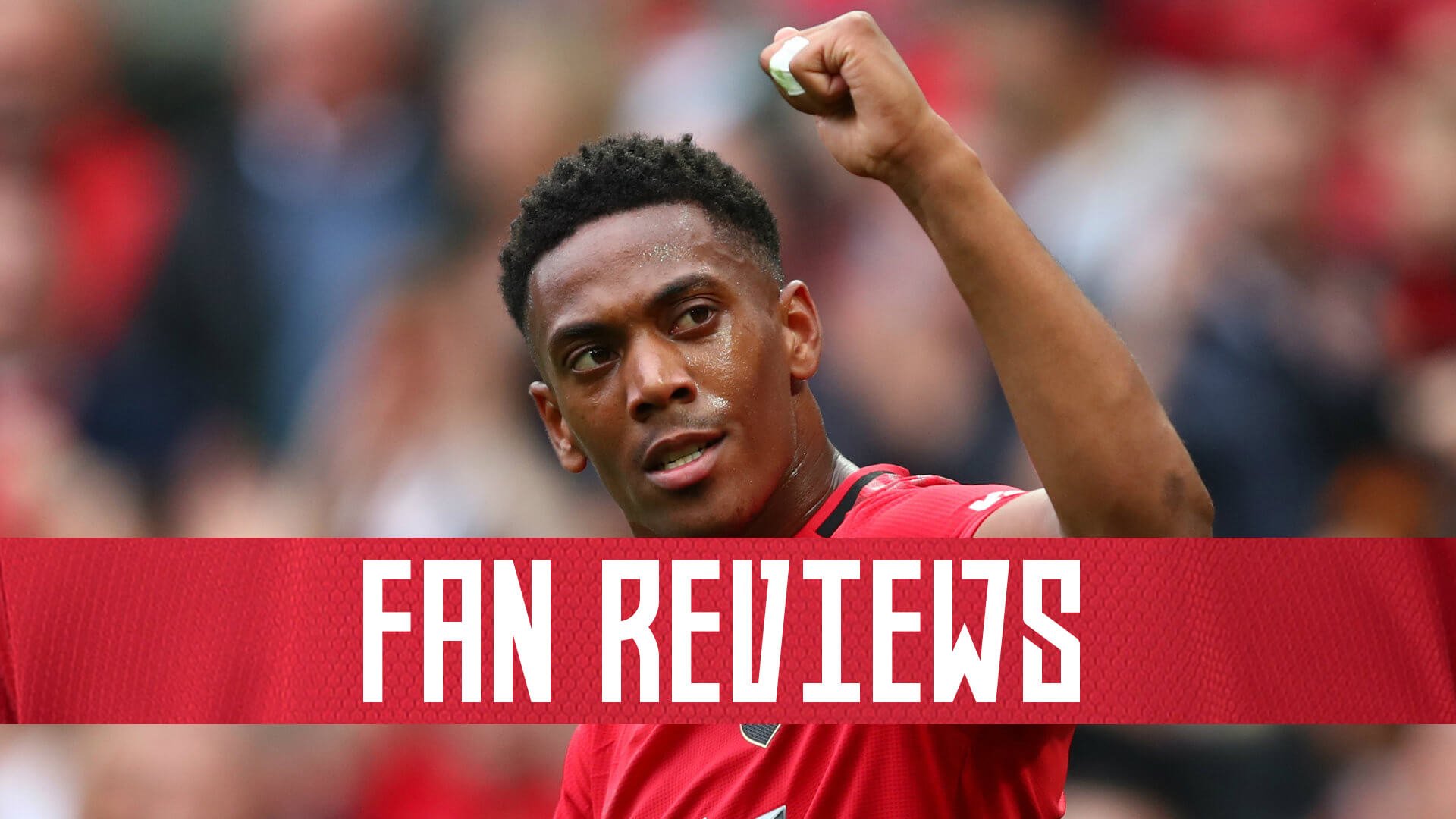 As you’d expect, the first Fan Reviews of the season are pretty positive…

We’re trying a few new things this season and we want to give you, the fans, a voice here on The Devil’s Trident website.

We asked Reds across our Social Media pages to give us their Match Day thoughts after Sunday’s brilliant win against Frank Lampard’s Chelsea and we’ve picked the best ones across our pages for this new Fan Reviews feature!

Shaky first half and far too much room given to Chelsea. Second half was much better and I love the way Ole has us attacking with pace and power. Good solid debuts for Maguire and Wan Bissaka. Plus, I’m delighted for Dan James coming on and scoring a debut goal. Great day!

Great start and amazing result. We were solid at the back and other than them hitting the bar and post, we never looked like conceding. Lots of pace. Fitness looked good. Pogba was solid. A great game and lots to be hopeful about.

What a game. What a win! What can you say about the first game of the Premier League season? The expectations in my opinion, biased or not, is always going to be Manchester United to be challenging for the title. Yes okay, I have been spoilt throughout my life of seeing United be the most dominant force in English football. I know title ambitions may be pipe dreams to some and yes, I’ve gone with the hype after the first game but come on. It’s football, we love the hype, the drama, the trepidation and most of all the excitement!

I was hoping and to be fair expecting a win but not in such an emphatic way! We started nervously, Chelsea appeared on the front foot, but a great counter attack lead to a penalty to United. Up stepped Marcus Rashford and was there any doubt? 1-0. After that the second half was ours! Yes, between the first goal and the second, Chelsea had hit the woodwork twice but we withheld their attack and pounced when Anthony Martial scored a ‘forwards’ goal to make it 2-0.

Blink and you’ll miss the next one. Straight from kick off a sumptuous pass from Pogba led to Rashford being one on one with their keeper to make it 3-0. Dan James came on late on in the second half, and once again on the counter, the young lad calmly made it 4-0! You could see the emotion throughout the team – that’s what was amazing. We were a team, we were UNITED!

What a 2nd half! I so hope we can keep that going and keep growing. I was so delighted for young Daniel James – I actually cried, his Dad would be so proud.

Questionable start to the game, the defence looked a bit rocky in the first half which allowed Chelsea to hit the post. A well took penalty gave us a boost. Before the second half the lads must have received the hairdryer treatment as it was a great performance all round. Solid defending and great attacking football.

The players looked a lot happier. Even in the group hugs after the goals, the togetherness is a lot better. Let’s just hope we can move onwards and upwards from this . MUFC for life!

I thought the team played well. They did what they needed to do and got the result they wanted. Maguire and Wan-Bissaka were fantastic today and Daniel James did well on getting his goal after coming on as a substitute so it was all really good. On to Wolves next!

4-0 FC is back! I thought it was a very poor first half from United. We were very sloppy in possession, got bypassed in the midfield too easily and created very little, but we all knew how much we were lacking in midfield before we even started the season. I don’t want to dwell too much on the negatives though after a win like that.

On a positive note, it was a brilliant second half from United, especially after we scored the second goal. Maguire was easily my Man of the Match. He won all of his duels, intercepted everything, showed his leadership qualities and he’s so confident on the ball – its refreshing to see. Wan-Bissaka was immense yet again, not much to say there, he’s just so good.

Like Maguire, the lad just spreads confidence throughout the whole team with how solid he is defensively, and even showed today that he’s capable of causing problems in the final third as well.

Pogba started off slowly but grew into the game and that pass to Rashford was absolutely world class. Martial and Rashford also linked up and interchanged well. Also, I can’t end this match review without mentioning Daniel James, I’m so happy for the lad. You could see how much that goal meant to him. Hopefully now him and the rest of the boys can kick on from this against Wolves. Couldn’t have asked for a better start to the season!

What a start to the season. Four goals and a clean sheet. First half we were finding our feet and looked a little nervous. Chelsea were getting chances against us and could have scored at least two but thanks to the post and crossbar they were kept out. Going into half time with a 1-0 lead settled the team down thanks to Marcus Rashford’s penalty.

Second half, you could see the United players had more confidence and were playing some nice football. The pass from Pogba to Rashford for him to score his second goal was excellent. Harry Maguire look assured in the central defence and his leadership skills were evident in yesterday’s game. Wan-Bissaka was brilliant at right back as well. It was also great to see Daniel James get his first goal for us and at the Stretford End as well.