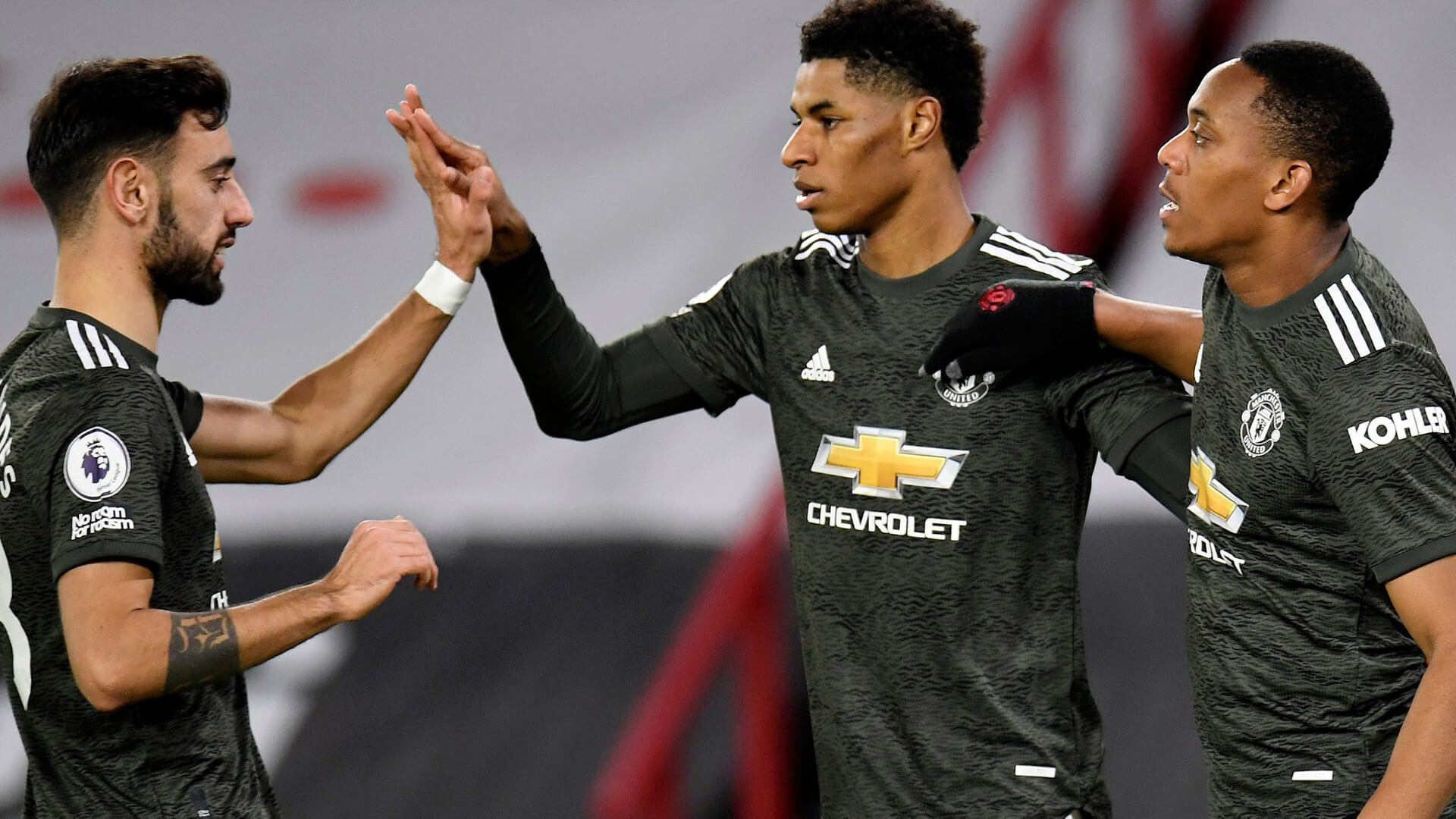 5 Things We Learned from Sheffield United vs Manchester United

As is the consistently unpredictable nature of Ole Gunnar Solskjaer’s Manchester United team, large swathes of their fan base harboured nagging fears going into Thursday nights meeting with Sheffield United.

It came as a huge relief when those fears proved to be unfounded. The night wasn’t without complication though, of course. Just like the previous 5 away wins in the Premier League, Solskjaer’s men conceded the first goal and made life hard for themselves.

Thankfully they did recover quickly to notch up a tenth straight away win in the league, extending the club record once more. Here are 5 things we learned from the 3-2 victory at Bramall Lane:

1 | The Collective Mentality is Improving

As I alluded to in the pre-match preview, this game and situation is precisely the sort that Manchester United made hard work of last season. The opportunity was there to capitalise on the dropping of points by so many teams around them – for once they accepted the gift to climb the table and close gaps.

The collective mentality has generally improved since Bruno Fernandes strolled through the door in January but the reds were still guilty of being their own worst enemy to the detriment of their results. They still can be a thorn in their own side by constantly conceding first but the belief is there to never feel beaten.

The pressure before the game and during didn’t overawe this team. That’s a good trait to have.

It was a big night for Manchester United’s number two. A return to the club that so greatly aided his development over the last two years was always going to mean all eyes were fixed on the goalkeeper.

Maybe it was a touch of nerves in what was only his second Premier League start for his boyhood, but his early howler really put United on the back foot. In fairness to him, Henderson recovered well from the early setback and pulled off a fantastic save late in the game to make sure all the points went back to Old Trafford.

The mistake does provide further evidence that De Gea’s deputy isn’t quite the finished article yet. Replacing the Spaniard won’t necessarily mean no more goalkeeping errors but hopefully the continued competition for the jersey will drive concentration levels up and the error count down.

Aside from the wonderful touch and finish for Rashford’s first goal, another notable point was his involvement in the build up and his movement.

There was a sign that the England forward has been paying close attention to Edinson Cavani in training judging from the clever run behind the Sheffield United backline to sneak in and onto the end of lovely Victor Lindelof ball.

The composure is continually improving, too. It’s true that there were plenty of composed finishes in among his impressive goal tally last season but he did occasionally revert back to snatching at chances after lockdown in the summer.

The goals are flowing again this season though and that’s arguably the case without him having too many great games. That is a top forward developing a knack for doing what he needs to do to help his team win games

4 | MMA is the attacking three of choice

Okay, I stole the acronym from The Athletic’s Carl Anka…

Yes, Anthony Martial and Mason Greenwood haven’t been quite as fruitful in front of goal so far this season in comparison to Rashford but there are indications that the trio are returning to their highs of Project Restart.

There isn’t a more exciting front three that Ole Gunnar Solskjaer can select and it is arguably one of the best in the league when firing. Mitigating circumstances have reduced their time together on the pitch so far this term but if they can remain injury-free, Manchester United are in business.

Edinson Cavani is a fantastic option for certain games and specific moments along with Juan Mata but this trio is almost unplayable when on-song.

After recent events off the pitch involving his troublemaker agent, Mino Raiola, it would be easy to assume that Paul Pogba has already checked out of Manchester United. Whether or not a move away materialises in the summer, that doesn’t appear to be the case.

The midfielder has consistently be one of the better performers since the flight to Leipzig and he put in another impressive display at Bramall Lane. He provided an assist for Anthony Martial’s goal and set off the team move that led to United’s third with a lovely turn and pass to Bruno Fernandes.

There was also a bit of bite and passion on display as tempers frayed towards the end. He has often looked languid and passive on occasions in his Manchester United career but that certainly wasn’t the case in this game – he was up for the challenge and helped his team come out on top. It might even be enough to help him keep his place against Leeds United on Sunday when concentration and perseverance will be key.