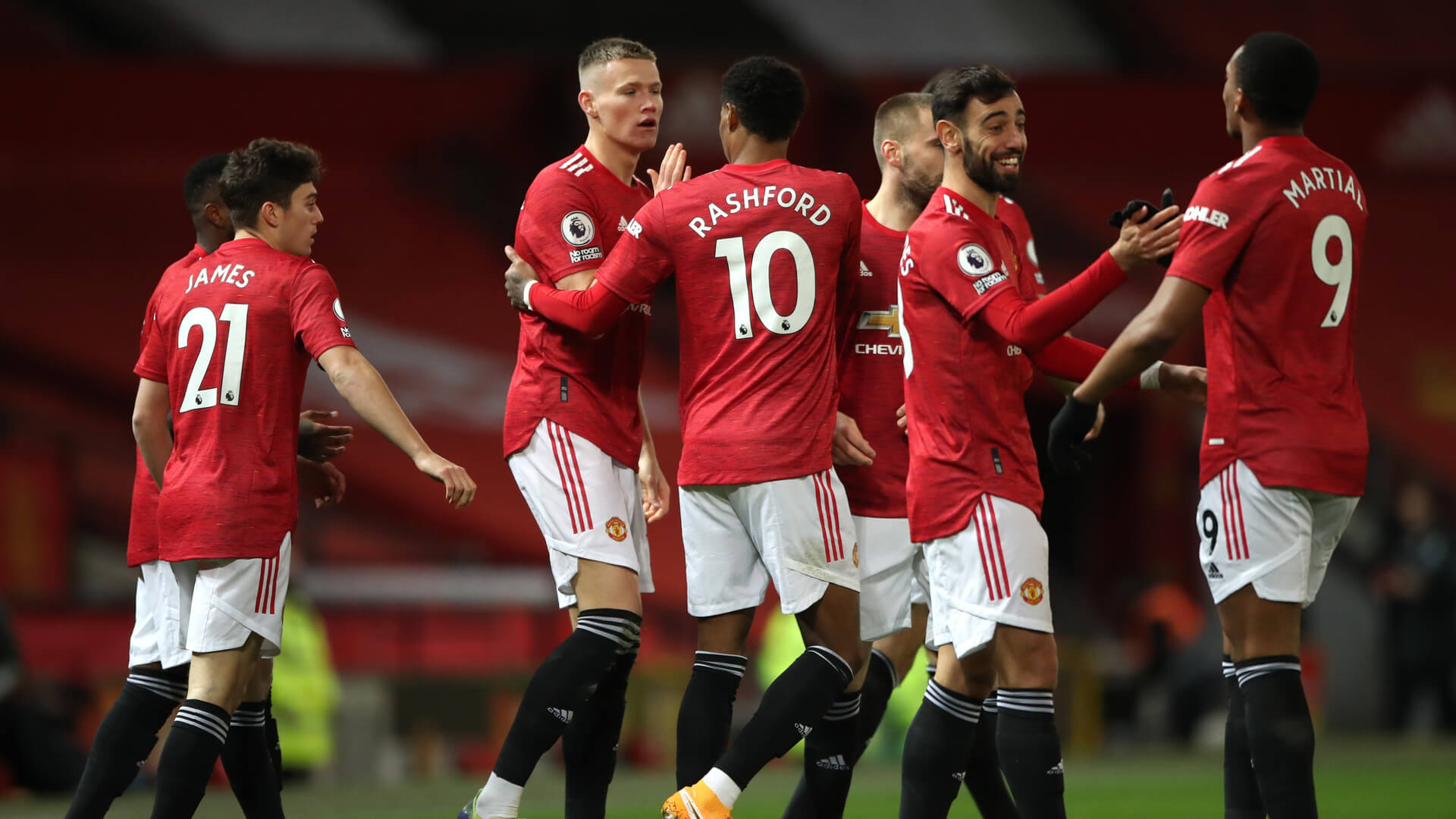 5 Things We Learned from Manchester United vs Leeds United

Leeds United played right into the hands of Manchester United at Old Trafford and duly took a 6-2 thrashing on Sunday evening.

It may well be a mad Premier League season this time around with no fans in the stadiums, but there can’t have been many people banking on Manchester United beating Leeds so emphatically before the game. My prediction of a narrow 2-1 win now seems very reserved.

A brace apiece for Scott McTominay and Bruno Fernandes, added to by Daniel James and Victor Lindelof, helped United to a comfortable win. It was a game that could easily have gone into double figures for goals on another day; it’s almost a surprise that it didn’t considering there were 43 shots taken on goal.

Here are a few things that we took away from the game:

1 | Scott McTominay can be a beast!

Scott McTominay is a Manchester United player. Yes, I know he wears the shirt every week but this goes beyond the blindingly obvious. There are people out there that don’t believe he is good enough; I would argue that he has all the qualities to be valuable in this improving squad.

His finishes yesterday for his two goals in the opening three minutes were of very high quality. The first a low, drilled effort that Paul Scholes would have been proud of, the second was made possible by a classy first touch to take it on to his weaker foot and finish superbly.

He has self-belief and confidence, he can carry the ball, he’s got a more-than-decent shot on him and he has the drive to push this team forward. Plus, in simple terms, he gets it, and that’s worth something in big derby games between old rivals.

2 | There is a place for Daniel James in this squad

Another impressive performer against Leeds was Daniel James. It’s safe to say that his inclusion in the starting eleven came as a bit of a surprise from the outset. Sure, it made sense in a tactical sense but he has been mostly reduced to late cameos recently – a start didn’t appear to be on the cards in a game so important.

But, he proved his manager right. The game was made for him. Bielsa’s side and their bitter refusal to change their approach meant that James had space in behind their defence all afternoon. Crucially, his end product was much better in the final third, capped off by his finish for United’s fifth goal.

He shouldn’t be starting every week like he was in the first half of last season, but if he’s content with a place in the squad to affect games and situations like this one when things are wide open, there’s definitely a future for him at Manchester United.

3 | Solskjaer is effectively rotating some of his squad, but not all of it

Over the past three Premier League games, Solskjaer has found a way to rotate his team pretty efficiently without having a huge drop-off in quality. At the start of the season, when fitness levels were low, the United boss essentially had two separate elevens which understandably led to inconsistencies over a run of games.

Now, he is able to make 4 or 5 changes from one game to another while still retaining some fluency. The left-back, central midfield and goalkeeping spots are pretty fluid now with alternatives pretty evenly matched in quality.

He now needs to find a way to give other areas of the team an occasional rest. The centre-backs play every game as does Aaron Wan-Bissaka in the absence of consistently-fit alternatives. Marcus Rashford and Bruno Fernandes also have understudies but there’s a sense that they can’t drop out without a drop in levels. There’s time to address this but with a busy few weeks ahead, it must be weighing on Solskjaer’s mind.

4 | The players are working for the manager

It’s a far cry from the end of his first season in charge when his team either a) ran out of steam or b) stopped working for him, but Solskjaer has this team grafting.

The United boss has drilled home the importance of  being able to run more than an opponent. It was their increased intensity that aided the victory against Leeds side that is relentless week in, week out.

Solskjaer clearly picked a few players that he knew would be able to carry out that task and put up with the demand – namely, McTominay, Fred, James and Rashford. Hard work pays off as this tweet by UtdArena outlines.

It was our high intensity sprinting that was truly different today. pic.twitter.com/ZVVhv6P6hQ

Look, it’s early days in the season; a third of the way through to be more precise. The reality is though, United have not been this close to the top at Christmas for a long time. Not since they were the league leaders on Christmas Day in 2012/13 in Sir Alex Ferguson’s last and title-winning season.

The closest Manchester United have been to the top of the tree at Christmas in terms of points actually came in David Moyes’ season. His team were 8th and 8 points off the pace. Last season Solskjaer was 24 points behind. It’s a mad old game!

Either way, being in the mix around Christmas and New Year was what Sir Alex’s Premier League winning campaigns were built on. Now for Solskjaer, it’s about staying there for the next few months.