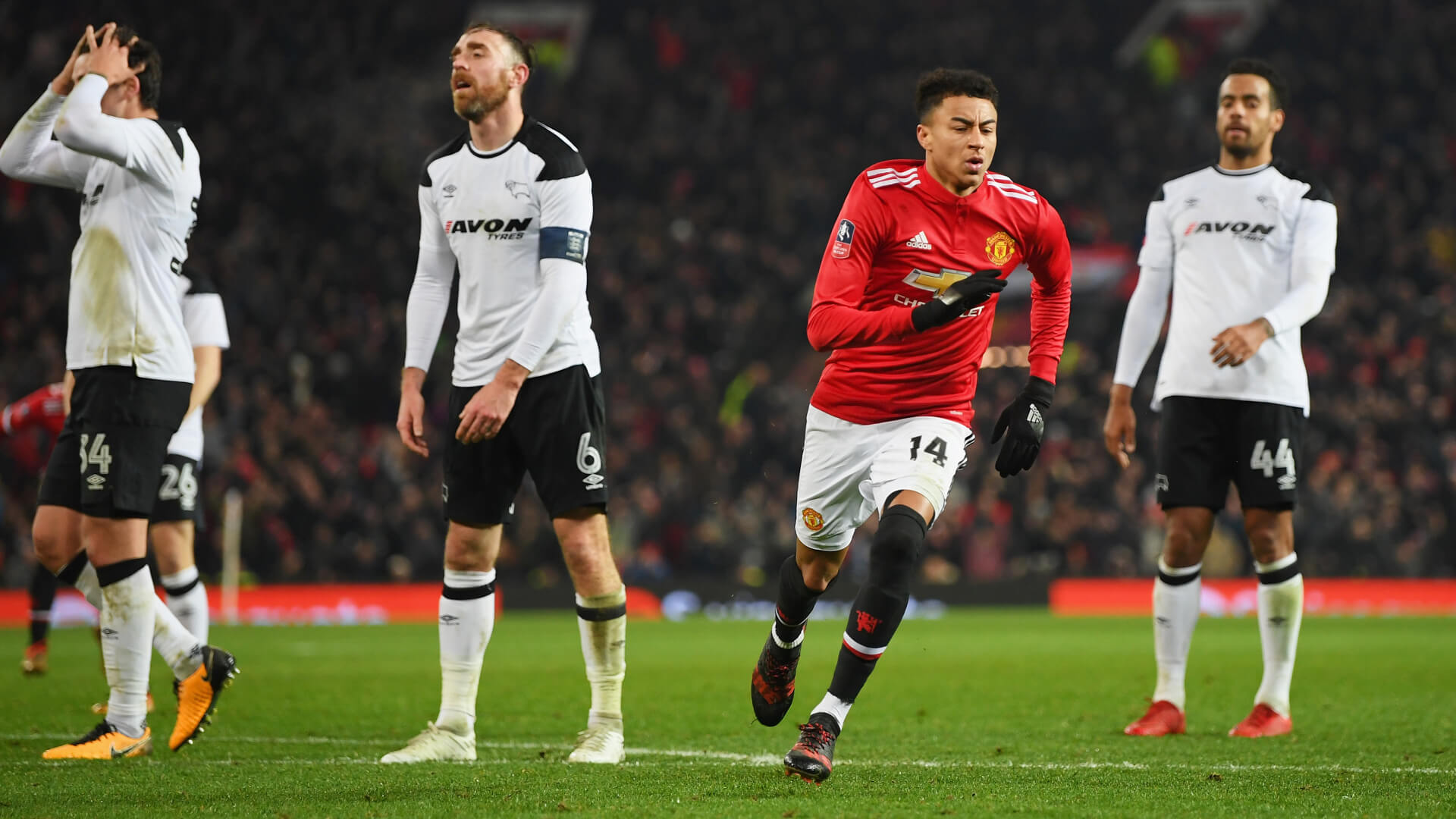 Back to Square one?

So, Saturday’s game against Wolves didn’t go to plan. The troublesome issue of inconsistency, which has plagued the club for the last five seasons, reared its ugly head again as United threw away a slender but relatively comfortable lead to let an impressive Wolves side draw level. From there, chances were wasted and the crowd at Old Trafford became increasingly frustrated with the Reds looking devoid of ideas going forward despite pressing hard for a winner for the last 10-15 minutes.

It wasn’t a defeat, but on an afternoon when Liverpool and Manchester City won comfortably and pulled further away from Jose Mourinho’s side, it felt like two points well and truly dropped rather than one point gained.

The question now is does it change the approach for the Carabao Cup tie with Frank Lampard’s Derby County side? Mourinho faces one of his old stalwarts with a dilemma of whether to try and inject some degree of consistency within his favoured line up (whatever that may be) or to give those on the fringes a chance to get minutes under their belt before a busy autumn period?

There’s a lot of things that aren’t quite clicking with this United side at the moment. There’s a predictability about the approach with everything coming down the left side which is not a criticism of Luke Shaw but rather an acknowledgment of Antonio Valencia’s waning qualities as an attacking outlet combined with a lack of natural width on the right flank.

Step forward, solution number one. Mourinho has already confirmed last week that Diogo Dalot would return to face Derby County and despite only playing one first team game for the club, it already looks like the answer to some of United’s glaring issues isn’t too far away. The Portuguese full back showed great attacking intent away to Young Boys and looks to have the pace, quick feet and delivery to provide the same width that Luke Shaw is now delivering on the opposite side. Another good performance in the Carabao Cup is almost certain to drum up a mass call for him to take Valencia’s place on a permanent basis – some already feel that this is already overdue.

The other area that requires troubleshooting is the left attacking spot of which Alexis Sanchez and Anthony Martial are both vying for. There is a chance that both could actually start this game with Romelu Lukaku although the Belgian is possibly in need of a rest. Either way, this could provide an opportunity to try the decidedly inconsistent pair in different roles, in the same team. Both Sanchez and Martial can play from the left or down the middle with the Chilean also experienced from the right. Without treating the game as a total experiment session, the configuration of the forward three needs ironing out. Using Sanchez on the right and Martial on the left hasn’t been tested very often, if ever, by Mourinho, and the United boss seems intent sticking with Sanchez so surely it’s worth a go? That being said, it’s probably more likely that Lukaku will be rested so one of the pair will play down the middle with Marcus Rashford still suspended. Juan Mata should be confident of getting the nod on the right.

Aside from giving Dalot another run out and attempting to figure out just who fits into an effective forward line, the tie represents a chance for the first team squad members that have found themselves on the bench more often than not so far this term. That means Ander Herrera will be expecting to start after fully recovering from injury and, despite Nemanja Matic being available after suspension, Andreas Pereira could get the chance deputise at the base of the midfield after looking useful from the bench in the last two games. Paul Pogba isn’t often left out, regardless of the competition and if Herrera and Pereira do get their opportunities, United will need a creative outlet in the middle so there’s every chance the Frenchman will play as long as is required. A run out for Scott McTominay does remain a distinct possibility, though.

Looking further back, Sergio Romero is almost nailed on to get one of his rare starts, especially as David de Gea was in London on Monday night for the FIFA Awards ceremony. It’s also expected that Ashley Young will stand in for Luke Shaw and my oh my does it feel good that we can finally regard it is just that, rather than it being the other way round. That just leaves a now (hopefully) former troubled area to decide upon. Chris Smalling looks to be the most trusted of Mourinho’s centre-backs and may start to provide some degree of assurance in a changed back line – the question is who joins him? Eric Bailly has been in and around the squad since the Tottenham defeat but only on the bench whereas Phil Jones has spent time on the sidelines through injury. It’s probably a toss up between either for who starts this game but with Jones already having a long term partnership of sorts with Smalling, he may just get the nod.

So, what kind of form does Frank Lampard bring his side to Old Trafford in? In all honesty, they have been a little up and down but that is just a product of being in a league where many teams are evenly matched. Lampard will certainly be motivated to get one over on a manager that he respects and admires though and his team will have seen how Wolves approached their trip to Old Trafford. With United being anything but consistent, Derby will definitely feel like they can come and nick something.

Complacency cannot be shown here and you can bet Mourinho will be getting that across to whichever side he puts out. The manager often goes all in a competition that represents the first chance to get more silverware in the cabinet and he could really do without another Old Trafford disappointment.