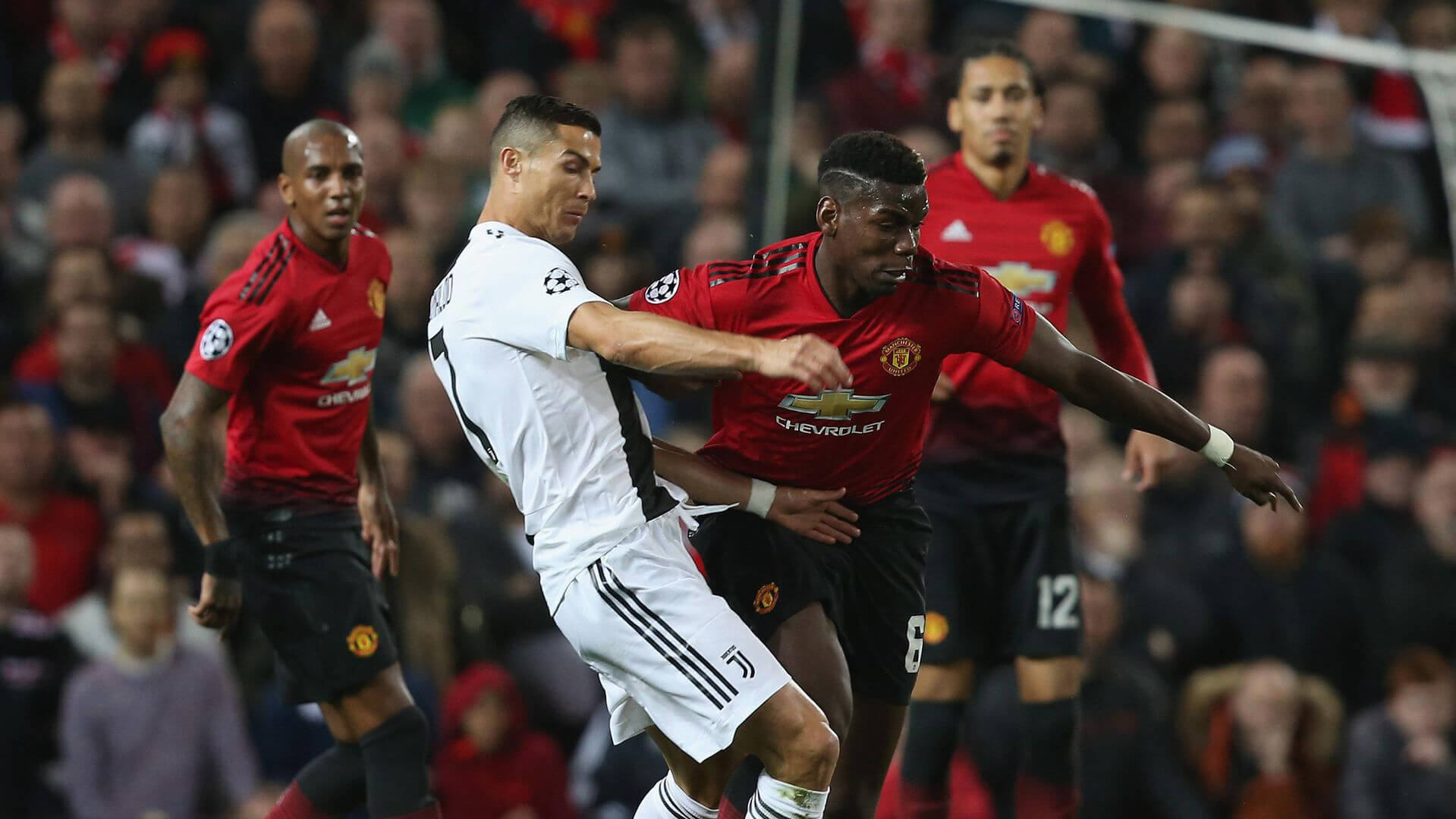 It’s here, the massive double-header that has been looming large over Manchester United for the last few weeks and whisper it, they’re not in totally awful form. Well, if you don’t count the first half of games that is. One thing for sure is that United cannot afford to start as sluggishly as they did down in Bournemouth if they’re to get anything from Juventus and Manchester City.

Eventually, the positives of the second half performance at the Vitality Stadium outweighed the utter abomination of the first thanks to some impactful substitutions from Jose Mourinho and the collective pulling up of pink socks. But, whilst it’s pleasing to see United battling to the final whistle like the teams of yesteryear, they could quite easily have found themselves in an irretrievable position by the time they went to face the music at half-time. Juventus would no doubt have put United to the sword against such a display; starting strong and remaining solid in Turin is an absolute must. That’s not beyond the realms of possibility.

Wednesday’s tie provides a chance for this United team of talented individuals to prove that they’re actually a team, much like Juventus did in the reverse fixture a few weeks ago. The Italians were far and away the better side for large parts of the game and looked every inch the well oiled machine that wins their league year after year with relative ease. There were spells that the Reds looked dangerous, though. Those came when Mourinho’s side were on the front foot and, with the United boss admitting he is looking to switch to a more attacking style, this might just be the best approach in this game with the talents in this squad.

It doesn’t sound like a very Mourinho approach but there are small signs that he is starting to realise that with the players he has available at this particular club, attack is very much the best form of defence. His sides are usually built on defensive stability, much like our Italian opponents, but the players of the required quality to withstand potent attacks and keep clean sheets just don’t exist within his ranks. David de Gea can only save so much bacon.

Will this happen in an away game of this magnitude against such slick opposition? It seems unthinkable but really, what do United have to lose by attacking Juventus? No one is expecting a United win, or even a draw after the mismatch of the previous tie, so why not start as Mourinho says he intends to go on? The manager clearly doesn’t trust his side’s defensive discipline when they don’t have the ball – choosing not to sit back and avoiding inviting pressure against a team that will almost certainly pick this defence apart is surely better than waiting for the inevitable to occur.

It’s a bold prediction, but Mourinho may just surprise us and “let the horses run”.

The continued absence of Romelu Lukaku only strengthens the argument to approach this game in a truly positive manner. The Belgian is still out after picking up an injury in training prior to the trip to Bournemouth and is now, by accident rather than design, getting the time out he has sorely needed. It has also meant United are more inclined to move the ball forward quickly in the final third, or at least they did once Ander Herrera joined the fray on Saturday.

The Spaniard made a decisive impact with his energy and forward thinking against Bournemouth and really kickstarted the push to win the game. He made sure the ball went forward quicker more often and was unlucky not to get a brace from the bench. The balance he brings to the midfield, much like he did in Mourinho’s first season with Carrick and Pogba, is often what United appear to be missing and he is surely in line to start on Wednesday. Another man that will probably start, but maybe shouldn’t, is Nemanja Matic. In a similar way to Lukaku, he has looked slow and off the pace but is one of the manager’s go-to players. Whilst a midfield trio of Herrera, Pogba and Fred sounds like an exciting option, Matic will probably be at the base of the three. It’ll be interesting to see if he is eventually taken out of the firing line or not in the next couple of weeks, though.

Aided by the potential inclusion of Ander Herrera, a particularly keen presser, an attacking approach from United could be underpinned by sheer workrate higher up the pitch. For these reasons, a front three that includes both Alexis Sanchez and Marcus Rashford seems like an ideal solution. Both work tirelessly off the ball with plenty of energy which could prove to be very effective against an experienced but aging Juventus backline. The pair both played well on Saturday plus Juan Mata would be a square peg in a round hole if United are to go at Juventus aggressively. Alternatively, Jesse Lingard could also provide similar qualities in place of either forward, but he is only just back from a few weeks out so his contribution will likely come from the bench. Anthony Martial’s place as the third attacking option isn’t up for debate – he’s in great form and will likely be given the nod again on the back of five goals in his last five games.

It may take a touch of complacency from Max Allegri’s side, stemming from the fact that a win for them isn’t essential, but with the right attitude and a bit of luck, United could return from Turin unscathed and in a half-decent position to progress from the group. A point would be one to savour and would massively help United’s cause going into the deciding games at home to Young Boys, and more importantly, away to Valencia. The confidence boost of at least matching one of the tournament favourites could put the Reds on the road to the group stages and set the team up perfectly for the small matter of the Manchester derby on Sunday. Stranger things have happened.