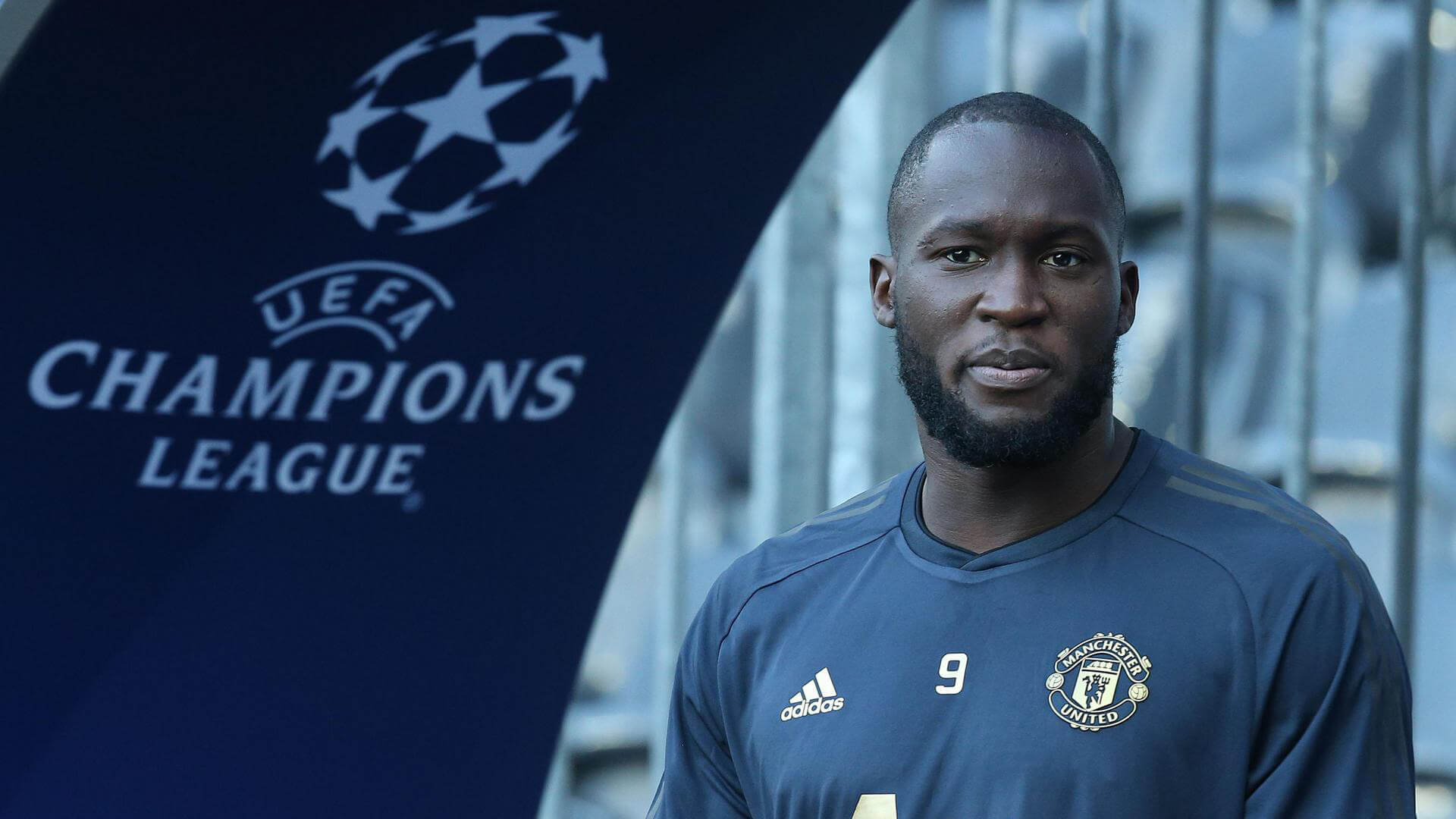 “We go with everything we have”

Well, would you look at that, we’ve had a few drama and rumour-free days around Old Trafford. It’s been awhile since we’ve been able to say that. As a result of that, for once, this match preview doesn’t need a ‘Previously on…’ re-cap and there is a sense, now that the first international break is out of the way, that the season starts here.

The big games will start to come thick and fast for all of the top sides as we move into a busy few months of domestic and European football – it’s vital that Manchester United continue to pick up points in the Premier League and make a good start in what is a tough Champions League group.

Having been placed in a group with Italian giants Juventus and a resurgent Valencia side that gave a good account of themselves in La Liga last year, United’s two ties against Switzerland’s Young Boys carry extra importance. Jose Mourinho’s men will be looking for at least 11-12 points from their six group games to give themselves a chance of progressing so there must be a huge emphasis on taking maximum points from the boys from Bern.

That task isn’t going to be without its difficulties, though. Firstly, the pitch at Young Boys’ Stade de Suisse Wankdorf (stop sniggering!) home is an artificial surface which itself provides a different challenge for a United side that doesn’t encounter that too often. Secondly, the Swiss champions are in very very good form, sitting top of the Super League unbeaten with a 15+ goal difference after just six games. Granted, there’s a substantial difference in general quality between the Swiss top flight and the Premier League but the confidence levels will be high in the Young Boys camp plus we all know that teams raise their game when Manchester United are in town.


For those reasons alone we should expect a United team that is as close to full-strength as is possible. We’ve had snippets of team news and hints at certain players starting the game from Mourinho – we also know that there is definitely a few that started the wins against Burnley and Watford who won’t be involved. Club captain Antonio Valencia hasn’t travelled to Switzerland with the United boss citing the artificial pitch as being a huge contributing factor in the decision to leave the right-back in Manchester as it risks injury to his problematic knee. Unsurprisingly, the perma-injured defensive duo of Phil Jones and Marcos Rojo still aren’t ready to return plus there appeared to be no Jesse Lingard in the travelling party either, although there has been no word from Mourinho on his absence.

We have already been told by the manager that Luke Shaw will return to the starting line-up after being given the weekend off to fully recover from the knock to the head he took whilst on England duty. On the other side of the back four, there’s a bit of excitement and clamour for the inclusion of summer signing Diogo Dalot as he has been deemed fully fit and available. However, as exciting as the prospect of having Shaw on one flank and the highly-rated Dalot on the other is, there is a suspicion that Mourinho will opt for the experience of Ashley Young at right-back. Stranger things have happened, though. Assuming United stick to the four at the back, Chris Smalling and Victor Lindelof haven’t done much wrong to warrant losing their places and will likely continue together. Well, they’ve done nothing wrong if you choose to disregard Mr Smalling’s choice of barnet, that is.

With Paul Pogba and Nemanja Matic both fit, you would have to assume that their places in midfield are pretty much guaranteed, especially as Matic is now looking at domestic ban following his late red card against Watford. That ban will at least allow for some rotation and game time for others in the Premier League but for now, in the Champions League, the Serbian should keep his place. That only leaves one space in a probable midfield trio – a space that has been occupied by Marouane Fellaini to a pleasing standard in the previous two games. The Belgian’s inclusion against Young Boys is less certain, though. Mourinho often turns to Ander Herrera for games like this and the Spaniard started all three away ties in last year’s group stages. There is also a chance that Fred returns to the line up, though, with the surface maybe suiting a player with quick feet. What we do know, is that when it comes down to choice between experience or trickery with Mourinho, the experienced option usually gets the nod.

And so to the attacking options. It was heavily hinted that Marcus Rashford will start the game up front during Mourinho’s pre-match meeting with the press although that does also come with a slight caveat. The United boss stated that the England forward was “selected for the game” but he often uses that phrase when referring to the matchday squad, not necessarily the starting eleven. Nonetheless, with Rashford still having two more domestic games to sit out through suspension, his inclusion is also logical in terms of keeping him up to speed.

That doesn’t mean we shouldn’t expect Romelu Lukaku to feature – his form of seven goals in seven games for club and country surely guarantees him of a place. With Jesse Lingard sitting this one out, we could simply see a slight reshuffle of the front three with Alexis Sanchez operating slightly behind Lukaku and Rashford in a freer role. It would be great to see Anthony Martial given a run out on the left with Rashford on the right, but that has only happened a handful of times so it shouldn’t be something to have hopes pinned on.

Regardless, whichever combination starts, United should have more than enough firepower to get a result out of this game although it does have the distinct feel of a banana skin fixture and shouldn’t be taken lightly. The positive signs from the last few games have done just about enough to boost the confidence around the team though and hopefully that will help us to an all-important winning start in a difficult group. 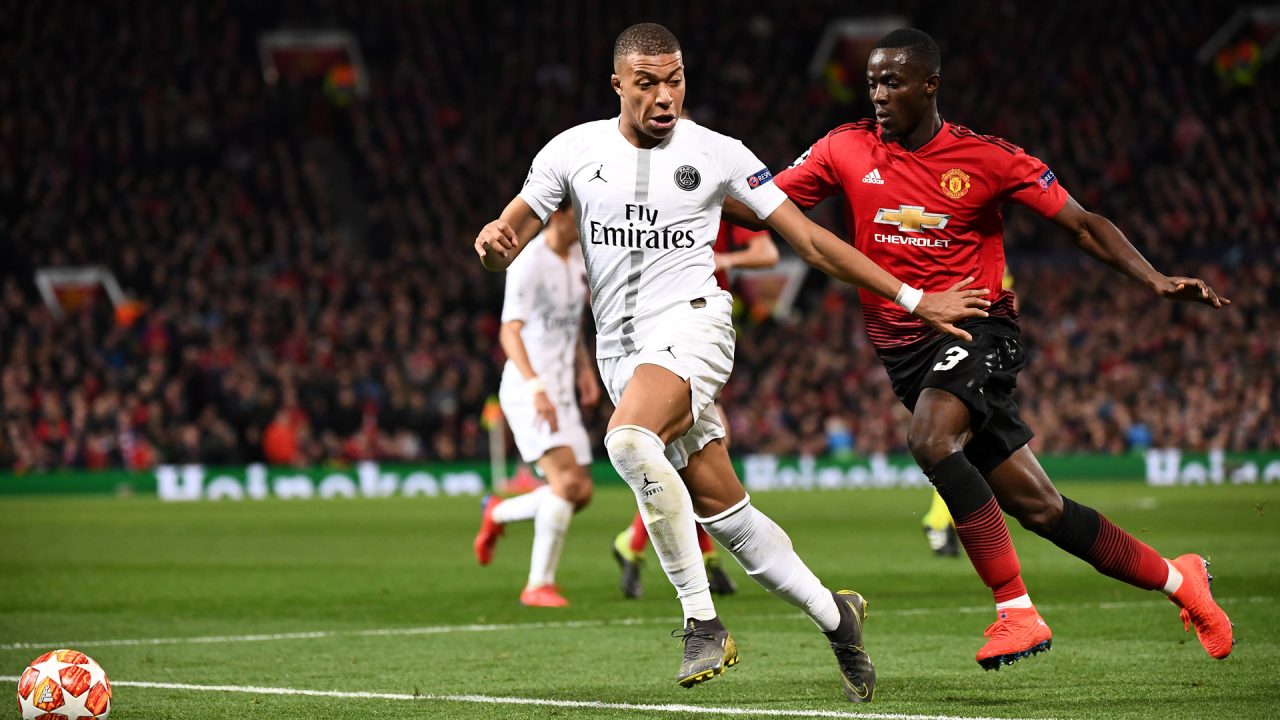 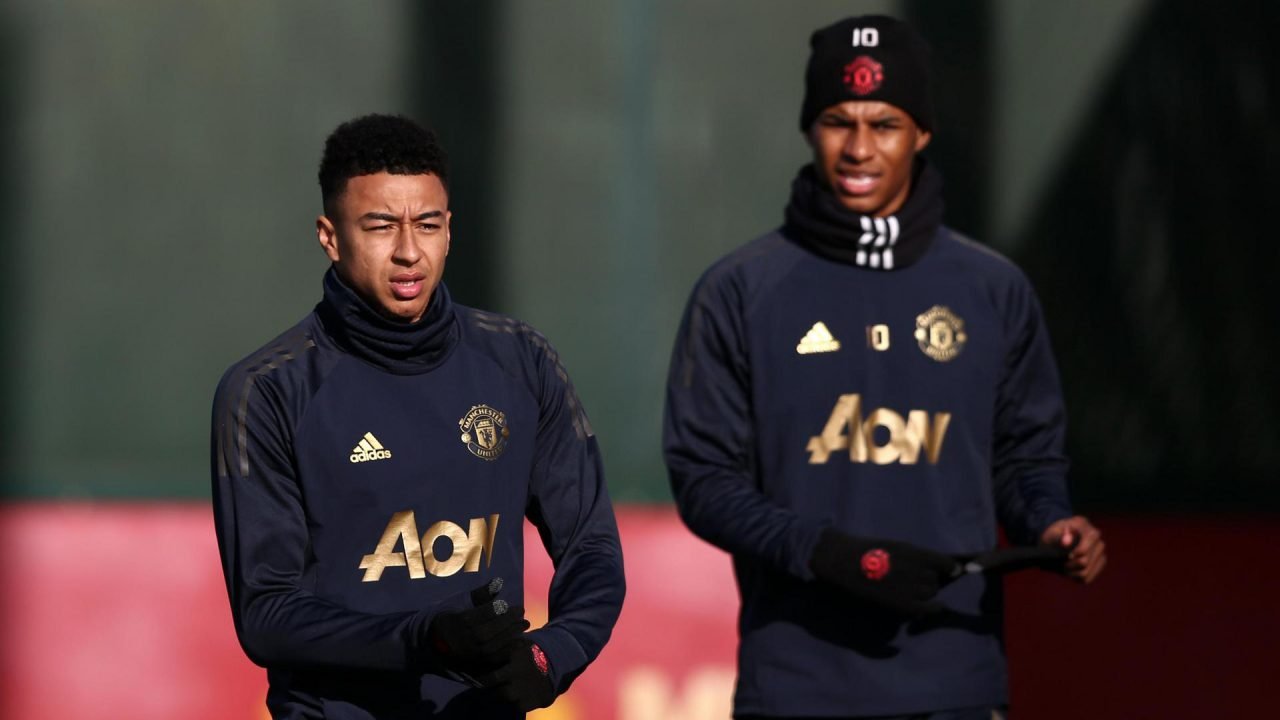 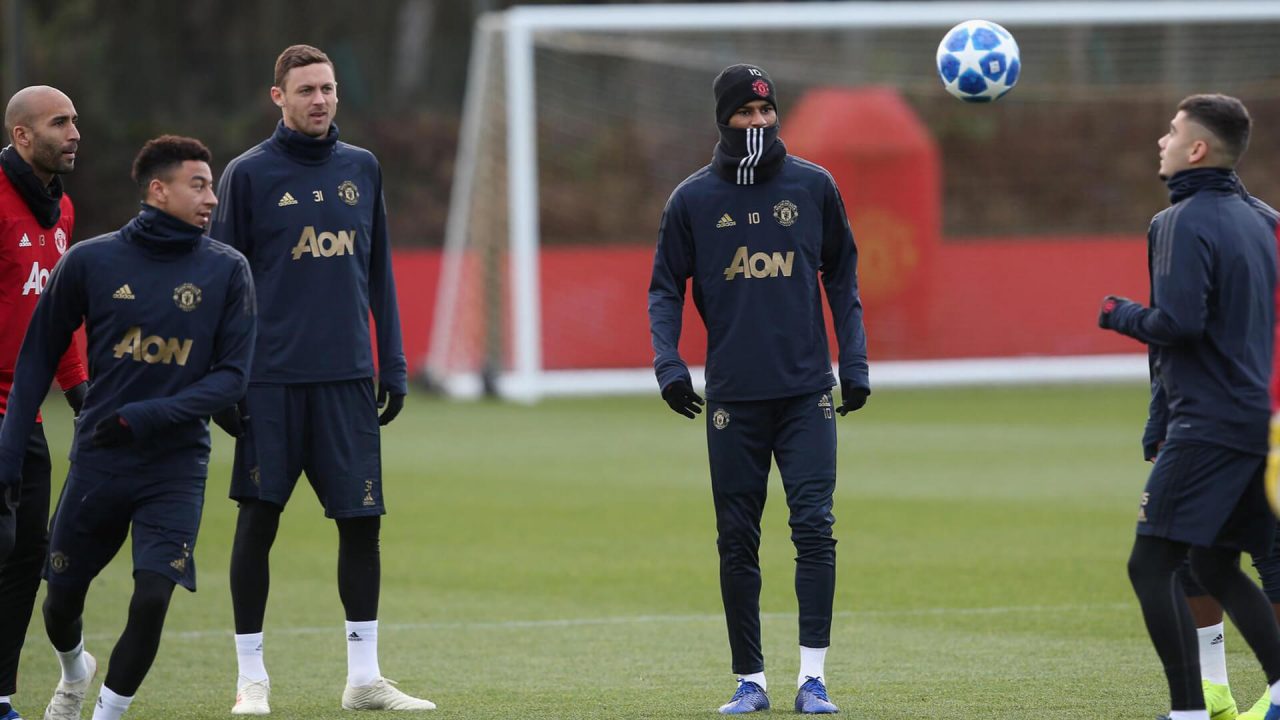 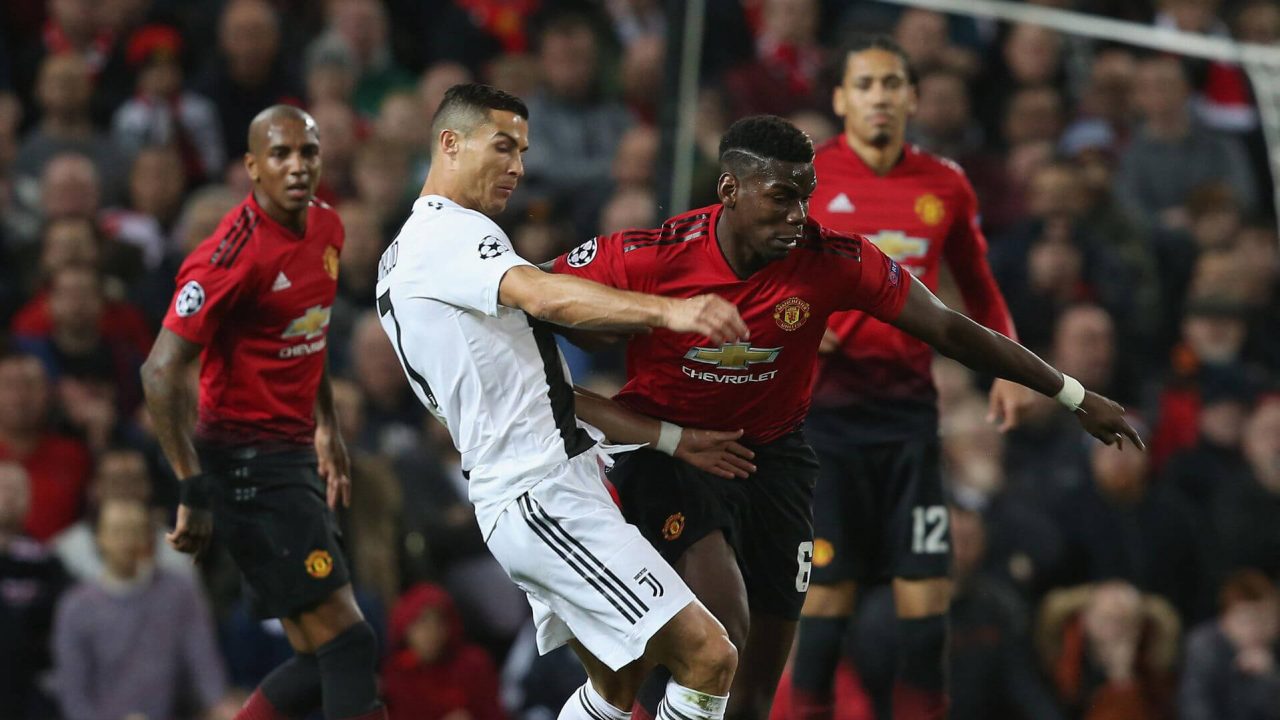